Deliveroo saw its share price tumble 30% after opening at the bottom end of its target range as markets demonstrate "anxiety" around the firm's value.

This morning (31 March), the company debuted at 390p before plummeting as low as 271p within 20 minutes but had recovered to 313p by the end of its first hour as a publicly listed firm.

Despite this, the IPO gave Deliveroo an opening valuation of £7.6bn, which is the highest London debut since Glencore's 2011 listing, according to Dealogic data cited in the Financial Times.

Andrew Millington, head of UK equities at Aberdeen Standard Investments, highlighted his concerns around governance issues, in particular the dual-class share structure which gives co-founder and chief executive Will Shu a £500m stake and 57% of the voting rights.

"We would have no power to do anything [because of the rights the chief executive will hold for three years]. The CEO could run the business however he likes for years," Millington said.

Concerns around workers' rights were cited by many other managers, including head of corporate finance and stewardship at M&G Rupert Krefting, who said the firm's reliance on gig economy workers posed "risks to the sustainability of its business model for long-term investors".

The food delivery firm was the centre of a recent study to this effect by the Bureau of Investigative Journalism and the Independent Workers' Union of Great Britain, which found the company often paid its riders less than minimum wage, sometimes as low as £2 an hour.

Ketan Patel, fund manager of the EdenTree Sustainable and Responsible UK Equity fund, added his voice to the conversation earlier this week when he described Deliveroo as "the antithesis of a sustainable business model".

"The Deliveroo business model is best characterised as a race to the bottom with employees in the main treated as disposable assets which is the very antithesis of a sustainable business model.

"For those investors who argue that only change can be brought by investing and engaging with management, we would urge caution as this approach has yielded little or no progress in businesses that are built around exploitative practices."

Legal & General Investment Management went further in its opposition to the listing, urging the Financial Conduct Authority to not include Deliveroo in the premium indices, which would force the firm to invest in the company through passive products, as it was "important to protect minority and end-investors against potential poor management behaviour".

Taking the plunge: Observations on the UK IPO market

Sophie Lund-Yates, equity analyst at Hargreaves Lansdown pointed to all of these issues, along with the recent Uber ruling and "general market volatility", to explain the "increased anxiety" around the IPO.

However, she did acknowledge some positives in the firm's outlook, including its "higher quality restaurant options" than peers, a personalised app and "hyper-localised delivery approach" and the "cash hoard" accrued from this listing which will fund expansion, such as delivery-only dark kitchens.

"The pandemic has offered a structural growth opportunity, but it's worth asking if lockdowns mean things are as good as they will ever be for a takeaway service," she added.

21% of total European funds under most stringent SFDR rules

Ravenscroft names non-exec chair as Stephen Lansdown retires from board 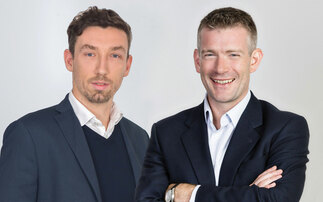 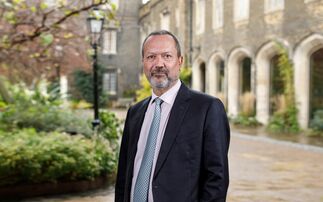 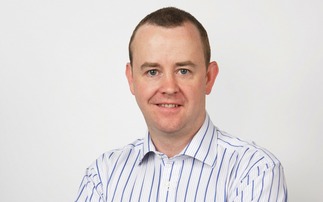