Investec analysts praised the Round Hill Music Royalty Fund's (RHM) "industry-leading" transparency, as it initiated coverage of the investment company with a 'buy’ recommendation.

RHM, which has raised £329m since listing on the specialist fund segment of the London Stock Exchange in November, last week began to acquire its seed portfolio, which it said it would do in two stages.

The fund, which buys catalogues of musical compositions, said it had purchased the Round Hill Fund One for $281.9m, with the acquisition of its shareholding in RH Carlin, a separate portfolio of musical copyrights, expected to complete no later than 31 March 2021.

Investec analysts Alan Brierley and Ben Newell told clients in a note on Monday (8 February) that it had been impressed by the transparency Round Hill had provided on the acquisition, which was "in stark contrast to [competitor] Hipgnosis, which provides little or no financial information for each acquisition and very little detail on the assumptions made in its valuation".

Brierley and Newell said RHM had provided comprehensive financial information on the transaction and assets acquired on its website, including case studies and transaction overviews, alongside headline acquisition details such as price, multiple and portfolio net promoter scores.

Hipgnosis, which was the first music royalty fund to launch for retail and wholesale investors, has often been criticised for its lack of portfolio disclosure, despite some shareholders claiming the firm has been better recently.

Like it did with Hipgnosis, Investec initiated coverage of RHM with a ‘buy' recommendation, noting the fund's 4.5 cents per share target dividend, which represents a current yield of 4.3%, "is attractive on both an absolute and relative basis and is underpinned by sustainable cashflows from a portfolio of established music copyrights".

The music royalties asset class itself, they continued, has "significant opportunities for growth", with music industry revenues likely to increase via increased streaming penetration and the continued growth of new platforms such as Tik Tok and Peloton.

This growth, the analysts added, was likely to be better captured in future, as specialists like RHM and Hipgnosis will be able to extract more value from their catalogues than the historic catalogue owners.

"We believe that the company has an important role to play in diversifying income streams and portfolio returns given the lack of correlation of the underlying cashflows with broader markets," Brierley and Newell said.

"We like the differentiated nature of Round Hill's offering and the focus on older catalogues; we note that over 85% of income generated by RHM's initial portfolio was in respect of compositions written between 1950 and 2010.

"We are encouraged by the timely acquisition of the initial portfolio and together with the acquisition of the Carlin assets, we believe it provides investors with a diversified and lower risk exposure to a high growth asset class."

The analysts added they liked the "simplicity" of RHM's management arrangements, in that it is a fully integrated owner and operator of music copyright assets.

Its significant in-house resources allow it full licensing and administrative control over the copyrights it owns as well as greater opportunity to create value, reduce fees and closely monitor royalty collection rather than rely on third parties which will often manage catalogues for multiple publishers at the same time. 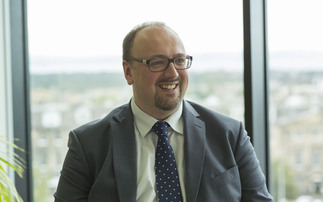 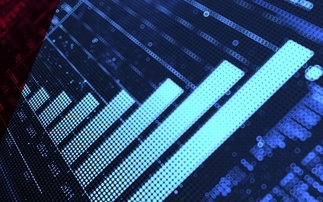