Powered by connectivity - and with enormous reach, low customer acquisition costs and high incremental margins - a number of tech-related companies have grown rapidly over recent years to become natural monopolies where the winner takes most. Prime examples would be Alphabet and Facebook in digital advertising, Amazon in ecommerce, or Uber in transportation.

These companies' innovative solutions are often well ahead of regulators' yardsticks. As such, national regulators often fail to police these global players adequately. It is therefore incumbent on us as investors to understand the issues and press for clarity - and it is incumbent upon the companies themselves to self-regulate.

Therefore, we think it is not too strong a statement to say that for most disruptive innovators that are natural monopolies - the likes of Alphabet, Facebook, Alibaba, Uber, Amazon, etc - the primary risk relates less to business fundamentals and more to regulatory risk. This is particularly the case in the area of digital ethics.

Not all risks are equal

Many of these future connectivity companies naturally score well on traditional sustainability metrics such as carbon footprint and sustainable sourcing. They also have strict rules in place around governance issues like bribery and corruption. History also shows that, in many cases, founder-run companies perform at least as well as, if not better than, manager-run companies.

However, they also face a different, and perhaps unique, set of challenges inherent to their status as innovators within the connectivity-enabled context. To clarify this point, let us consider the healthcare industry in contrast. Typically, when a company disrupts the status quo with a new solution, real risks arise as side effects of that very innovation. When a new drug is discovered, pharma companies take time to test that drug for side effects and a well-defined regulatory process is followed. This concept does not exist for innovative digital companies in our universe - where the test bed is directly the world wide web.

Silicon Valley is full of maxims like ‘Fail fast, fail often,' ‘Move fast and break things', and ‘Pivot to failure.' Companies are encouraged to operate pretty much as quickly and aggressively as possible: rules of engagement are not set for these innovators and their innovations.

As a result, these companies are almost certainly subject to considerable future regulatory risks. These risks develop over time as innovations become mainstream. We feel strongly that understanding such risks is critical to investing sustainably and successfully in this space.

While traditional ESG KPIs may help as a first filter for better understanding of future connectivity companies, we have defined our own set of factors upon which we think it is also important to judge our portfolio companies and candidates. We believe that such considerations, which we term digital ethics, will be increasingly important going forward for all investors and companies in this space.

We define the four core issues of digital ethics as follows:

‘Fake news can travel 6x faster than real news' - as concluded MIT in a 2018 study*. Misinformation spread on the internet has caused criminal violence, political disruption and a vociferous societal debate about the responsibilities of internet giants in policing content that appears on their websites.

In May 2020, President Trump even issued an executive order, aiming to reduce the immunity that section 230 in the US offers to internet platforms with regard to content posted on their sites. We consider the potential harm from misinformation to be a key risk to business models of media companies like Twitter, The New York Times or Facebook.

We actively engage with companies to understand their policies around monitoring content and controlling propagation of misinformation. Facebook recently told us it is taking down 2.5 billion fake accounts every quarter, on a base of 2.2 billion monthly active users.

On WhatsApp (which is end-to-end encrypted), users are limited to forwarding content to just five other chats, and when any piece of content is ‘frequently forwarded,' Facebook (the parent company) limits that content to just one forward. We applaud these efforts, which at least go a small way to make up for mistakes the company has made previously with regards to the propagation of fake news.

Similarly, other social media companies like Twitter, Alphabet, Tencent and ByteDance (owner of TikTok) are increasingly and actively focusing on the issue of propagation of misinformation. We see these as positive real efforts across the industry.

Facebook can predict divorce with 94% accuracy**. Based on the number of ‘free' services you use from Alphabet or Baidu, it is estimated that these companies know your personal details, including aspects of your appearance, voice, interests, education, political and religious beliefs, health status, income, everywhere you have been, your friends, your likes and dislikes, and even your travel plans.

The amount of information that internet giants have been amassing and know about their users has become a focal point for regulators in recent years. The European Union, by introducing the Global Data Protection Regulation (GDPR) in 2016, has been at the forefront of driving change in this area. It has driven companies to ask users for clear consent, and has dissuaded companies from owning private information over the longer term.

This is a critical area of focus for us. We track not only companies' policies around data privacy, but also what companies are doing to secure the data they already hold. We also closely monitor which companies are following the spirit of the law vs. just the letter of the law on this issue. Data privacy is not just a core issue for companies that utilise user data for generating revenue, but also for companies that store user data for other purposes such as customer service, loyalty programmes, etc.

As human activity moves from offline to online, regrettably so does much criminal activity, with some estimates of cybercrime damage to the global economy now running into trillions of dollars. Online fraud is the most common risk to online businesses, both big and small - whether through occurrences like theft of data or malware or ransomware attacks.

Companies need to ensure that their store fronts or digital platforms do not become a venue for online fraud. At the same time, we would also like to see far more focus on protecting vulnerable and less net-savvy users from cybercrime. Apart from clear policies and practices in place, often a good indicator of a company's commitment to best practices in this area is the extent to which a company's Chief Security Officer has access to the board/management. We aim to ensure that our portfolio companies have clear policies and procedures in place to avoid online fraud in its various facets.

The effects of digital technology and mass communication on the human mind and people's mental health poses an increasingly significant issue. Not least given the recent combination of enforced home living and isolation, alongside increased internet and social media use. Instagram revealed last year the shocking statistic that it removes around 10,000 posts a day relating to suicide and self-harm.

This is becoming a much greater problem that companies, as well as governments, are attempting to tackle. Online welfare cuts across so many industries, from online gambling to social media and video gaming, that it is one of the most crucial issues companies face in sustainability terms. Difficult questions are raised, given the more subjective nature of assessment in this area. For example, how does one measure things like cyber-bullying? Despite the difficulties, investors can make serious efforts in this area, including making inquiries and pressing management teams on online welfare policies.

Continuous and constructive engagement with companies is a key differentiator of our active management approach to investing in the future connectivity theme.

To use Facebook as an example, as noted above we were early in identifying privacy concerns. We began an engagement directly with the company to help both ourselves and the company better understand the risks and the investor concerns in this area. Over the last three years, we have met with experts, regulators, lawmakers and Facebook's key executives several times to remain abreast of developing issues and convey our opinion and stance to the company. It has been better to have a seat at the table and drive change, rather than avoid the stock altogether.

Although Facebook has made great strides in improving its standards across all aspects of digital ethics, we continue to engage with the company as we believe digital ethics considerations will be a key factor for Facebook's near-term valuation, as well as its long-term sustainability.

History has shown that even in structural growth sectors like technology and the internet, a focus on ESG&D can create alpha for portfolios. Going forward, assessing the digital ethics of companies in our universe is going to be increasingly important to gauge how these firms will fare in light of future antitrust and regulatory issues.

This information is for investment professionals only and should not be relied upon by private investors. Investors should note that the views expressed may no longer be current and may have already been acted upon. Changes in currency exchange rates may affect the value of an investment in overseas markets. Investments in small and emerging markets can also be more volatile than other more developed markets. Reference to specific securities should not be interpreted as a recommendation to buy or sell these securities but is included for the purposes of illustration only. The Investment Manager's focus on securities of companies which maintain strong environmental, social and governance ("ESG") credentials may result in a return that at times compares unfavourably to similar products without such focus. No representation nor warranty is made with respect to the fairness, accuracy or completeness of such credentials. The status of a security's ESG credentials can change over time. Investments should be made on the basis of the current prospectus, which is available along with the Key Investor Information Document, current annual and semi-annual reports free of charge on request by calling 0800 368 1732. Issued by Financial Administration Services Limited, authorised and regulated by the Financial Conduct Authority. Fidelity, Fidelity International, the Fidelity International logo and F symbol are trademarks of FIL Limited. UKM0121/33027/SSO/NA 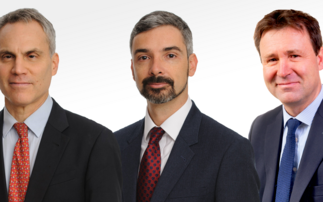 Managed by North of South Capital 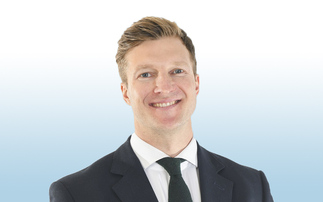 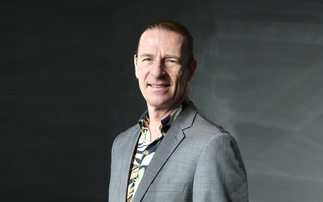