Does not signal recession 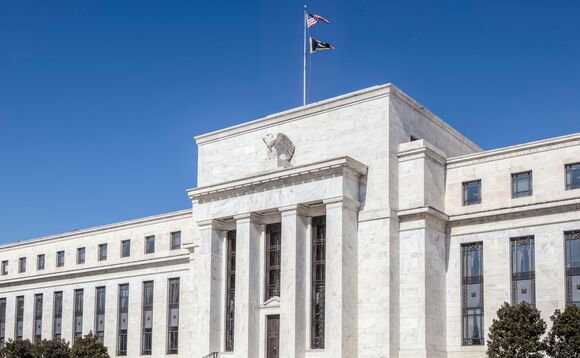 The recent yield curve inversion of the US bond market does not mean the writing is on the wall for a recession, according to several industry commentators, who believe a “complex range of circumstances” have led to unusual market movements.

On Tuesday evening (29 March), the yield on two-year Treasuries temporarily exceeded that of ten-year US government bonds, which suggests shorter-term investments in the asset class are perceived as higher risk than longer-term ones.

The last time this happened was in September 2019, approximately 18 months before the last economic recession.

In fact, during each of the six recessions experienced over the last 40 years, the difference between ten-year and two-year Treasury yields - the two-ten year yield curve - has reliably inverted approximately 1.5 years before GDP has turned negative.

However, a unique combination of sudden and prolonged inflation, years of ultra-loose monetary policy from central banks, the post-pandemic re-opening of global economies and Russia's invasion of Ukraine have likely led to a situation where "the usual rules might not apply", according to analyst at Bestinvest Adrian Lowery. "First, the inversion was brief and very narrow. Bond prices and yields, like other financial assets, are seeing big swings on a daily basis at the moment given the continually evolving news flow," he said.

"Second, the other important spread between the yield on three-month Treasury bills and ten-year bonds has been widening this month, and is a long way from zero at 184 basis points, which does not suggest a recession is imminent. Third, the Treasury yield curve has, some analysts argue, been distorted by quantitative easing; the Fed's massive bond purchases are holding down long-dated yields relative to shorter-dated ones."

Michael Contopoulos, director of fixed income at Richard Bernstein Advisors, agreed the flatness of the yield curve could be "more a consequence of the [US Federal Reserve's] relentless buying of bonds, and the consequent growth of their balance sheet, rather than because of a looming growth shock".

"The true fair value of the two-year ten-year spread could be in the 150-to-200 basis point range had the Fed never engaged in its multiple rounds of quantitative easing," he reasoned, referring to Richard Bernstein Advisors' own models.

US Treasury yields rise to levels not seen since 2019 - reports

He said the key to analysing interest rate curves is to account for the short end - the two-year note - and the long end - the ten-year note - as two separate variables.

"Though perhaps obvious, it is important to highlight that curve flattening can be a function of any combination of directional moves in yield as long as the two-year is increasing by more, or decreasing by less, than the ten-year," Contopoulos explained.

"Depending on how the curve flattens, and why, could make a difference in determining whether the signal it is sending today is the canary in the coal mine, or conversely, nothing but noise."

For instance, he argued that during three of the last four recessions, the ten-year yield - which indicates long-term growth - fell as the two-year yield increased. And in two of these three cases, the majority of the flattening was caused by the ten-year yield falling.

"Today we see a very different dynamic. The ten-year yield has increased 65 basis points since the recent bout of curve flattening began nearly one year ago.

"An increase in the ten-year is not suggestive of fears of a growth slowdown, regardless of what the two-year note is doing."

He re-emphasised the ten-year yield has been "anchored" by the Fed's expansion of its balance sheet and ownership of the long end of the curve.

Hussein Sayed, chief market strategist at Exinity, concurred the Fed has played "an essential role" in the shape of the yield curve as it bought "massive amounts of Treasuries during its bond-buying programme", thereby keeping the lower end of the curve under pressure.

"The three-month ten-year yield curve is at its steepest level since early 2017, and this tells us a different story," he explained.

"The shape of the curve is likely to change when the Federal Reserve begins shrinking its balance sheet, so we could likely see steepening of the curve all over again in the upcoming months.

Sayed concluded that, considering all driving forces in aggregate, investors "need to ignore the noise in bond markets and keep focusing on economic fundamentals and corporate earnings which so far remain solid".

Will Goodhart: Fiduciaries need to get to grips with unmeasurable risk 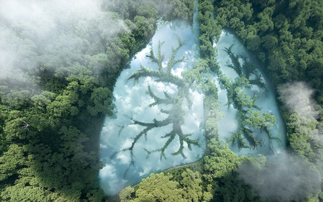 Did you know that investing in green bonds is one of the most powerful ways to make a climate-positive impact ? Learn why green bond proceeds are putting the planet first. 'Easy to write off'

Artemis Investment Management founder Derek Stuart is stepping back from fund management to focus on the firm's charitable foundation.