"There have been three great inventions since the beginning of time," American humourist Will Rogers is widely purported to have said: "Fire, the wheel, and central banking."

Rogers made his comment about a century ago, and central banks are now more influential than ever. They have evolved, as all good inventions do, to remain relevant to the world in which they operate.

We are facing a climate emergency that demands collective action and central banks must undergo another transformation, perhaps an uncomfortable one, to play their part in dealing with it. By reshaping their interventions in asset markets, they can accelerate reductions in carbon emissions and change the cost of capital to address hidden climate risks in the financial system.

Central banks have, so far, focused on making sure the transition to a more sustainable economic system is orderly and financially stable, using tools such as stress testing the banking system for vulnerabilities should fossil fuel assets suddenly reprice.

These are useful exercises but can be seen only as the foundations for a more active stance. The magnitude of the physical risks associated with climate change means central banks need to use their full suite of powers to help the transition towards a low carbon world. And one of their tools is speed.

Rather than waiting for governments to agree on legislation, investment programmes or carbon taxes, central banks can act now to reflect better the cost of climate change in the cost of capital and to change the behaviour of businesses, increasing it for emitters and lowering it for investment in carbon reduction.

In terms of financial impact, emissions are still risk-free and without cost to the producer or investor - yet they significantly damage our environment and their financial cost is borne elsewhere.

This leads to a worrying arbitrage. Public companies are encouraged, by investors and public opinion, to get rid of their dirty assets. However, some of these assets are at risk of being snapped up by private equity buyers with access to cheap funding, leaving society no better off and global emissions targets no closer to being achieved.

Past upheavals, such as the 2008 global financial crisis and the eurozone crisis, have forced central banks to broaden their toolkits, which can be used to accelerate our society's transition to net-zero carbon emissions. To this end there are powerful policy levers that they can, and should, pull.

Direct monetary action, in the form of targeted asset purchases, quantitative easing programmes, will reduce the cost of capital for green enterprise and innovation.

Take the case of the European Central Bank's current QE programme, which can easily be expanded to include rising green sovereign issuance as part of the programme purchases.

And it could also be tilted to increase the allocation of bonds of green companies, forming an effective tool to subsidise the cost of capital for ecologically minded enterprise. A selective standalone programme of corporate bond purchases, perhaps linked to companies' emissions, would alter the behaviour of emitters and investors.

Just the signal of a policy shift would have a profound effect on the market. Investors will change their behaviour long before any actual QE purchases take place.

And separately, central banks could raid the macroprudential toolkit to impose additional capital requirements on activity that contributes to emissions. Central banks could consider expediting work on a "green" Basel framework of bank capital measures as the next logical step, once they complete the foundational work of stress testing and developing a globally consistent taxonomy of green investments.

Basel IV, due in 2023, features a detailed system of rules to mitigate the risk of a banking crisis, reducing the scope for international regulatory arbitrage. This powerful global tool is immediately available and can be adapted to account for the ecological risks of business activities.

In addressing this carbon arbitrage, central banks will no doubt face difficult questions about their mandate, market neutrality and lack of democratic oversight. But time is short, and the severity of the climate threat favours forceful action over a wait-and-see attitude.

Central banks cannot solve this problem alone. But as Mark Carney said almost six years ago as then Bank of England governor: "Once climate change becomes a defining issue for financial stability, it may already be too late."

The value of investments (and the income from them) can go down as well as up and you may not get back the amount invested. Investors should note that the views expressed may no longer be current and may have already been acted upon. should be made on the basis of the current prospectus, which is available along with the Key Investor Information Document and current and semi-annual reports, free of charge on request, by calling 0800 368 1732. Issued by Financial Administration Services Limited and FIL Pensions Management, authorised and regulated by the Financial Conduct Authority. Fidelity, Fidelity International, the Fidelity International logo and F symbol are trademarks of FIL Limited. UKM0421/34329/SSO/NA

The car in front is electric: Push for a greener world will lead to a new commodity cycle 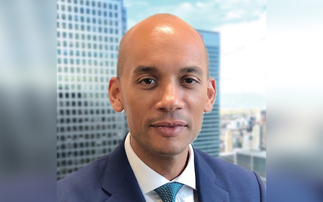 Banks must work together with clients to help transition