This year equity markets have been benefitting from market optimism as a result of the US Federal Reserve ‘pause' and positive noise coming from China-US trade talks but for now, both influences seem to have run their course. So, where does this leave investors looking to invest in the regions? Bill McQuaker sifts through the complicated nature of geopolitics to unearth where he believes the opportunities lie.

Tales from the trade wars

There are major fundamental sticking points on each side of the trade dispute between the US and China, and there are real risks in having strong convictions in either a meaningful resolution or major escalation. While the resurgence of the ‘trade wars' story has worried markets and negatively impacted sentiment, performance this year is still strong, with the US equity market up almost 15%, and down just 3% from its recent all-time peak. At the tail end of 2018, we did expect markets to rally given a period of overselling and were positioned accordingly. More recently, we had become a bit wary of the price action when economic ‘green shoots' seemed thin on the ground. We maintain that a bit of price weakness is therefore a welcome development.

One of the key drivers of the global backdrop this year has clearly been the dominance of policy. In China, the most recent policy support falls short of the ‘big bang' stimulus implemented in response to previous slowdowns in 2008 and 2015, but we do expect a pick-up in data in the second half of the year. In Europe headwinds remain, and while the ECB policy responses of delaying rate hikes and beginning a new round of targeted long-term refinancing operations (TLTROs) have at least temporarily reassured markets, we believe this to be more ‘damage control' than major stimulus.

Can the US go back to ‘normal'?

In the United States, the Federal Reserve's foray into policy normalisation eventually upset markets, forcing them to return to data dependency and hit the ‘pause' button on the tightening cycle. While this ‘words-based policy intervention' has certainly corresponded to strong market performance thus far, there are some concerning signs on the horizon. The disparity between strong markets and weak fundamental data can't continue forever, and the question is on what side will convergence come from? Will a market correction narrow the gap, or will economic data pick up? While there have been tentative signs of global growth stabilising, the outlook for the US economy is less promising, and we remain a tad cautious.

The corporate sector remains a key area to watch, and despite the majority of US firms soundly beating lowered earnings forecasts, positi ve surprises have been rewarded less than normal (0.7% vs. a five-year average of 1.0%).[1] Meanwhile, downside surprises have had a much more negative impact on share prices (-3.5% vs. a five-year average of -2.5%). In terms of shorter-term indicators, the most recent ISM Non Manufacturing PMI index is also concerning, and indicates the weakest monthly expansion in the service sector since July 2017. We also continue to watch corporate capex and discretionary spending levels, as well as the health of leveraged loans and the rapidly growing BBB-rated corporate bond space.

Against this complicated backdrop, and as trade tensions surface in earnest once again, we do not believe it is sensible to put more risk on the table. In recent weeks we have added some exposure back to physical gold and gold equity, after reducing our position at the end of Q1, and we do suspect that there may be further weakness facing markets as optimism on trade and policy falters. But with the Federal Reserve, President Trump, and Chinese policy makers all seemingly intent on avoiding a major slowdown, we are wary about getting too negative.

This information is for investment professionals only and should not be relied upon by private investors. The value of investments and the income from them can go down as well as up and clients may get back less than they invest. Past performance is not a reliable indicator of future returns. Investors should note that the views expressed may no longer be current and may have already been acted upon. These funds use financial derivative instruments for investment purposes, which may expose the funds to a higher degree of risk and can cause investments to experience larger than average price fluctuations. These funds invest in overseas markets and so the value of investments can be affected by changes in currency exchange rates. There is a risk that the issuers of bonds may not be able to repay the money they have borrowed or make interest payments. When interest rates rise, bonds may fall in value. Rising interest rates may. Reference to specific securities should not be construed as a recommendation to buy or sell these securities and is included for the purposes of illustration only. Issued by Financial Administration Services Limited, authorised and regulated by the Financial Conduct Authority. Fidelity, Fidelity International, the Fidelity International logo and F symbol are trademarks of FIL Limited.

Schroders partners with Axis AM for India launch 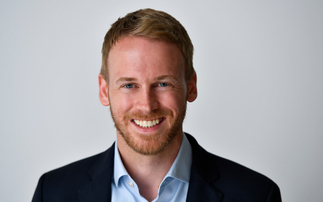 Three sectors that will benefit from the digital economy

E-commerce, the auction industry and cybersecurity 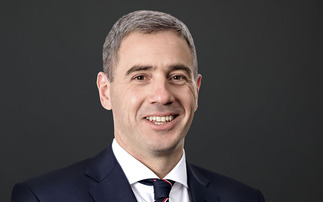