Rise of the machines: The big robotics themes for 2017

Dominic Keen, founder and CEO of Britbots, explains why robotics looks likely to emerge as one of the most active areas of early stage investing in 2017.

As automation and robotisation begin to drive significant productivity improvements across the global economy, we are all becoming increasingly aware of the important role that robots and artificial intelligence will play in our lives in the near future.

The promise of robotisation within many areas potentially suggests that we are at the dawn of a new industrial revolution that will spur on economic growth over future years. Consequently, robotics looks likely to emerge as one of the most active areas of early stage investing in 2017.

Furthermore, to the benefit of investors, the level of risk can now be greatly reduced by taking advantage of the significant tax efficiencies available through the Seed Enterprise Investment Scheme (SEIS) that was first introduced in 2012.

Recent rapid falls in the cost of low-run component production (by use of 3D printing) and the growing sophistication of cognitive computing packages have created an opportunity for leaner start-ups to cost-efficiently develop their 'minimum viable product' and demonstrate initial commercial viability of their robots.

Additionally, Robotics and Autonomous Systems has recently become a focus area for government-backed innovation grants, meaning that investments in this area are being further de-risked.

Until recently the vast majority of robots were sold to automate high-volume manufacturing tasks, however much of the excitement around the new generation of robotics start-ups appears to be focused on applications outside the factory.

Robotics increasingly can be applied to a wide variety of activities across a range of business sectors such as logistics; agriculture; construction; domestic appliances; security; or specialist medical equipment.

There is evidence to suggest that a vibrant scene for robotics innovation is beginning to emerge. British universities are home to some of the best robotics and artificial intelligence labs in the world and, as the pool of national expertise grows, we are now starting to see this spill out into applied commercial activities.

Amazon Prime Air recently commenced the first field tests of its autonomous drone-based parcel delivery service in the UK. Google DeepMind, based in London, continues to pioneer the application of cognitive computing to real-world problems. And Dyson has released its 360 Eye robotic vacuum-cleaner.

Alongside headline-grabbing developments within institutions and corporations, we have witnessed an increasing numbers of robotics start-ups. Incubator programmes, such as the one at the Bristol Robotics Laboratory, are now acting as a springboard for exciting young companies lsuch as Open Bionics and Reach Robotics. 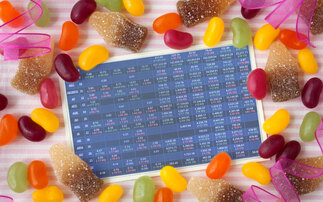 'It is time to go shopping' 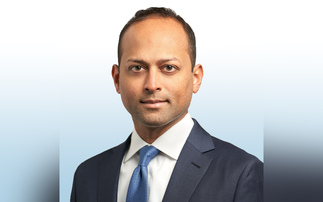