London-based investment firm Hambro Perks is to launch a Special Purpose Acquisition Company onto the London Stock Exchange, according to reports, marking the first of its kind to come to market since the UK changed its rules on SPACs in August.

The vehicle, which will aim to raise up to £150m through a focus on high-tech companies, is targeting mergers valued at £2bn including debt, although it will consider deals valued at £800m or more, according to Reuters.

The launch is the first of its kind to float onto the LSE since the UK Government removed a trading suspension on SPACs after they confirm a deal. The lifting of the rules came in August this year, following a slew of SPAC activity in the US, with the aim of encouraging more young technology and fintech firms to enter the UK market.

Argonaut's Norris: Everybody loves an uncorrelated return when the market goes down

Dominic Perks, CEO of Hambro Perks, told the FT: "We are seeing some really high-quality tech firms in the UK and Europe. It is exciting to see the London market develop here."

He added: "The changes to the rules have opened [the UK] market up."

Generally most popular in the US, SPACs are ‘shell' vehicles which float onto the stockmarket and acquire a privately-owned company, thereby bringing that firm to market without undergoing the traditional IPO process.

According to Statista, 498 SPACs have floated across the globe this year alone, compared to 248 in 2020 and 59 during the previous year.

Editor's letter: Changing of the guard 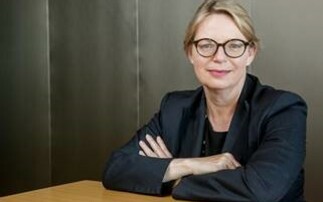