Industry Voice: Bill McQuaker, Portfolio Manager of the Fidelity Multi Asset Open range explains why the recent US/China trade war could be a bigger issue than many people in developed markets might think. He takes a look at the two sides of the story; is the US trying to facilitate a more level playing-field for technology, or are they entering into a strategic plan to slow China's development?

I was fortunate enough to go to China on a research trip last month with one of our team's research analysts. Over five days, we met a variety of investors, US government officials, and business people, getting their perspective on everything from recent trade tensions with the US, to their thoughts on how the economy might evolve over the next decade.

In contrast to my expectations, trade was by far and away the most interesting discussion point. There were two main schools of thought. The first was that the recent tensions were about the US demanding fairer trading practices, with its companies no longer being forced to hand over technology in return for access to China's domestic market. Fairer trading practices are certainly something a lot of the US business community can get behind, even if they object to Trump's bellicose rhetoric. Convincing China to take appropriate measures may involve taking some pain, but the destination under this scenario — a level playing field where the best wins — is likely to play relatively well with investors.

An alternative point of view sees recent developments as part of a wider strategic plan by the US to slow China's development. Many of the areas China is targeting as part of its economic advancement are in cutting edge technologies that will drive US growth and may also have military applications. The US naturally wants to maintain its technological advantage. From this perspective, recent tensions are not a short-term consequence of Trump's election, but a long-term issue that will weigh on US-Sino relations, and may encourage the US to follow more aggressive policies that negatively impact global growth.

This is an emotional (and understandable) issue for the Chinese in some respects. China has no intention of remaining a middle income country like Brazil or Russia. To achieve the next step in its development, China's economy needs to move into higher value sectors, including the development and manufacture of electric vehicles, semiconductors and aircraft. State support for these industries is seen as vital. While that might be interpreted as an unfair playing field from an American point of view, the Chinese see it as countering the US's natural advantages, such as the close relationship between its world-leading universities and industrial base.

While all this can seem a little esoteric outside of China, there are real-world consequences. The US recently banned exports to Chinese smartphone maker ZTE, for example, which has the potential to cripple the company. On some estimates, ZTE buys around 30% of its components from the US, sourcing around 70% of its smartphone chips from Qualcomm. That action was admittedly taken in response to ZTE breaching US sanctions, but to the Chinese, it illustrates the American capacity — and willingness — to use its economic might to block national champions. After all, a smartphone without the smartphone chip is basically a Nokia. Look what happened to them.

Although markets have downplayed trade issues in recent weeks, they remain an important risk for investors. Whether the consequences of continued tension will be significant enough to have a broad impact on markets, rather than individual companies like ZTE, remains to be seen. But China and the US come at these issues from very different perspectives, and the potential for misunderstanding is high. That raises the probability of a market-impacting event.

Aside from trade, we were also interested in how policymakers viewed the economic situation in China. The authorities have been tightening financial conditions for around eighteen months now, trying to reduce the country's dependence on debt-driven growth. There was a widespread perception that growth was slowing, with only a few people disagreeing. This is likely to put increased pressure on the current moderation in global growth and argues for a somewhat cautious stance on risk.

However, slowing growth in the short term is tempered by positive sentiment on economic reforms. Some people we met argued that the slowdown in credit growth could be positive for the real economy. In the past, a lot of the increase in credit has become stuck in the financial sector, rather than making its way into more productive parts of the economy. Squeezing credit growth may therefore reduce financial risks, and have less of an impact on growth than some think.

Where does this leave portfolio positioning? We continue to be careful about the level of risk taken across the Open range. The excellent conditions that prevailed at the end of 2017 were ‘as good as it gets'. Looking forward, we see a bit less growth and more inflation, as well as further rate rises and higher volatility. Our portfolios have been ‘hardened' to reflect these risks. That said, we think it is too early to position as though the next recession is imminent. Instead, we are trying to take risk in the right places, with this having been well rewarded in recent weeks.

Ultimately, my trip to China did not change my impression of where markets are heading in the short term. But it did provide important insight into the metrics to watch and how Chinese policymakers will be thinking over 2018 and into 2019. There does now appear to be a divergence between the strategic interests of China and the US. Watching the tail risks that flow from that, as well as remaining alert to existing risks, will be important in the coming months.

Fidelity's Asset Allocation Group gather to discuss how they are positioned this month - and here you can listen in on their April debrief, hosted by Richard Edgar, Editor in Chief.

The value of investments and the income from them can go down as well as up, so you may not get back what you invest. Past performance is not a reliable indicator of future returns. Investors should note that the views expressed may no longer be current and may have already been acted upon. Overseas investments will be affected by movements in currency exchange rates. The price of bonds is influenced by movements in interest rates, changes in the credit rating of bond issuers, and other factors such as inflation and market dynamics. In general, as interest rates rise the price of a bond will fall. The risk of default is based on the issuer's ability to make interest payments and to repay the loan at maturity. Default risk may, therefore, vary between different government issuers as well as between different corporate issuers. Liquidity is a measure of how easily an investment can be converted into cash. It is possible that, in difficult market conditions, it could be hard to sell holdings in corporate bond funds. Investments in emerging markets can be more volatile than other more developed markets. Reference to specific securities should not be construed as a recommendation to buy or sell these securities and is included for the purposes of illustration only. This article may not be reproduced or circulated without prior permission. Issued by Financial Administration Services Limited, authorised and regulated in the UK by the Financial Conduct Authority.  Fidelity, Fidelity International, the Fidelity International logo and F symbol are trademarks of FIL Limited.

Bill McQuaker joined Fidelity Multi Asset in October 2016. He has three decades of investment experience, joining Fidelity from Henderson Global Investors, where he was Head of Multi Asset. Before this, Bill worked at Credit Suisse, where he held roles in European equity strategy and quantitative research. Over his extensive career, Bill has developed a rigorous and disciplined investment approach. He has a deep understanding of asset class behaviour, and substantial experience in managing multi asset investment strategies to deliver specific outcomes for clients. Bill graduated from Edinburgh University in 1985, with a BComm degree in Business.

SJP replaces BlackRock on alternatives fund amid raft of changes 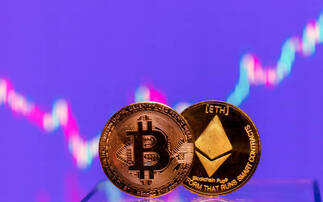 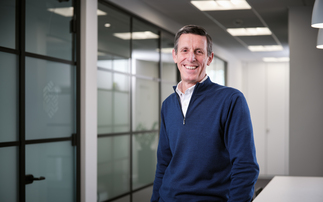 Should you add defined returns to your investment portfolio?

Returns from equities to decrease 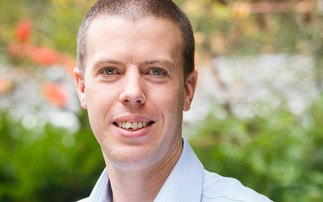