The United Nations has targets to halve the number of deaths and injuries from road traffic accidents by 2020. This is not only the right thing to do but is also profitable for those companies that can develop the technologies that will deliver this target.

What is the number one cause of mortality for 15 to 29-year-olds around the world? It may surprise you to learn that it is road traffic accidents. According to the World Health Organisation, there are 1.3 million deaths on the roads every year, which equates to 3,500 a day.

The United Nations - as part of its Sustainable Development Goals and Decade of Action for Road Safety 2011-2020 - has targets to halve the number of deaths and injuries from road traffic accidents by 2020. This is not only the right thing to do but is also profitable for those companies that can develop the technologies that will deliver this target.

The most interesting growth for investors is likely to come from Active Safety systems, which are bringing down injury rates through incident avoidance and crash protection. These are based on electronic technologies in vehicles including sensors and response mechanisms in steering and braking.

Accelerated by new developments and the electrification of vehicles, it is estimated the market for Advanced Driver Assistance Systems will reach €58bn by 2025, with Automatic Emergency Braking (AEB) expected to be standard on virtually all new cars by this date. This requires a significant increase in the semi-conductor material in a car. On average, there is £230 of semiconductor content in a current internal combustion engine car but this trebles to around £700 for a full electric vehicle.

Infineon, Valeo and ASML are three of the companies we hold across our funds that are benefiting from these themes. Infineon Technologies is a German analogue semiconductor manufacturer, playing a key role in providing the chips for auto safety systems. With the semiconductor content in cars continuing to grow, the market is expected to exceed $35bn in value next year. Infineon has a strong management team and several attractive metrics: a return on equity above 15%, 10%-plus compound annual growth rate (CAGR) on revenues and 15% to 20% earnings per share.

Another major player in the smart mobility market is French company Valeo, which offers one of the largest range of smart sensors and features for enhanced automated driving systems. It markets itself as offering smart technology for smarter cars.

AEB is proving to be the seatbelt of the current generation as a step change in car safety: 100% of new cars in Europe are expected to have this feature by 2020 (plus 80% in the US and 50% in China), creating a €10bn market. Valeo has a track record of converting high sales growth into margin expansion, earnings growth and return on equity - the latter is 23% and growing. Despite this, it is still only moderately expensive against its own history. Dutch business ASML sells the machines that make semiconductors and is the world's largest supplier of photolithography systems. Current estimates claim the Internet of Things will connect 50 billion devices by 2020, each containing at least one chip. ASML is at the centre of these fast-moving developments, with a near monopoly in the €6bn a year European lithography market and its focus on next generation Extreme Ultraviolet Lithography (EUV) technology puts the company in a potentially dominant position until 2030.

• Past performance is not a guide to future performance. • Do remember that the value of an investment and the income from it can fall as well as rise and you may not get back the amount originally invested. • The majority of the Liontrust Sustainable Future Funds have holdings which are denominated in currencies other than Sterling and may be affected by movements in exchange rates. Some of these funds invest in emerging markets which may involve a higher element of risk due to less well regulated markets and political and economic instability. Consequently the value of an investment may rise or fall in line with the exchange rates. Liontrust UK Ethical Fund, Liontrust SF European Growth Fund and Liontrust SF UK Growth Fund invest geographically in a narrow range and has a concentrated portfolio of securities, there is an increased risk of volatility which may result in frequent rises and falls in the Fund's share price. • Liontrust SF Managed Fund, Liontrust SF Corporate Bond Fund, Liontrust SF Cautious Managed Fund, Liontrust SF Defensive Managed Fund and Liontrust Monthly Income Bond Fund invest in bonds and other fixed-interest securities - fluctuations in interest rates are likely to affect the value of these financial instruments. • If long-term interest rates rise, the value of your shares is likely to fall. If you need to access your money quickly it is possible that, in difficult market conditions, it could be hard to sell holdings in corporate bond funds. This is because there is low trading activity in the markets for many of the bonds held by these funds. Mentioned above five funds can also invest in derivatives. Derivatives are used to protect against currencies, credit and interests rates move or for investment purposes. • There is a risk that losses could be made on derivative positions or that the counterparties could fail to complete on transactions.

• The information and opinions provided should not be construed as advice for investment in any product or security mentioned.  • Always research your own investments and consult with a regulated investment adviser before investing. 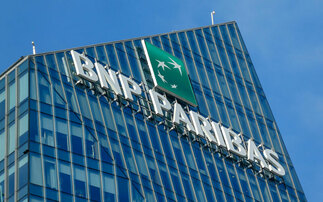 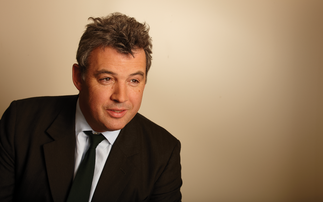 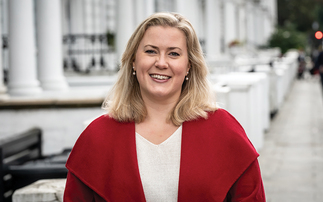 New investment platform Tillit has opened to the public