Q&A: When will oil prices rebound?

Jonathan Waghorn, co-manager of the Guinness Global Energy fund, explains why a supply/demand convergence is on the horizon.

What will make the oil market stabilise?

It has been a brutal summer for energy markets in general. Brent oil fell below $40/bl in August, while energy equities fell around 25% to become the worst-performing sector this year.

Currently, the market is searching for signs of a definitive tightening in the balance between oil supply and demand. Most likely it will be a supply sign: either that US shale oil production is clearly declining, or OPEC is reducing supply.

Though oil production for June shows a clear downward trend – April 2015 probably was the peak – OPEC production has surprised on the upside this year (especially in Saudi Arabia and Iraq, where production is at 30-year highs).

Supply and demand convergence is coming and, all things being equal, demand will outpace supply in the second half of 2016.

However, various OPEC members are under economic stress, with some Middle East countries raising debt – their budgets are not covered at current oil prices (they are barely covered at $75).

In terms of an oil-price floor, we judge $40 to be today's cash cost of supply for the highest cost producers, a price reached in August. Historically, this has signified the bottom of the oil price cycle.

The current low price could be sustained for a while. But seasonal refinery downtime in the US in the third quarter will probably see crude oil inventories continue to build. Once we are through this shoulder period, we would expect solid confirmation of US supply declines and limited OPEC growth.

Supply and demand convergence is coming and, all things being equal, demand will outpace supply in the second half of 2016. With little spare oil production capacity in the world at that time, the global oil inventory overhang will get worked off and oil prices will have to be stronger to incentivise investment in new production.

Are there enough drivers of demand for oil globally?

Oil's energy density is unequalled by any other transport fuel. It has mostly been displaced from electricity generation and heating by cheaper alternatives, but its place as transport fuel du jour has not been seriously challenged.

We see no reason for this picture to change over the next 30 years. We forecast oil demand in 2035 to be 115 million barrels a day.

What does the current state of the oil market imply about energy equities?

Energy equities are unloved (institutional under-ownership is at an extreme level) and the sector's valuation, on some metrics, is at extreme lows. They are pricing in an oil price of around $55/bl long term, while the five-year-forward Brent oil price is around $65/bl.

Energy equities will recover when sentiment towards crude oil improves. Given the poor sentiment currently, the recovery is likely to be significant. As it stands, we believe energy equities are fair value at a long-term oil price of around $55/bl, and offering 25% upside at $65/bl, 40% upside at $75/bl and 100% at a long-term oil price of $100/bl.

A rebalancing may not come until the second half of 2016. However, there is an important element to factor in – the behaviour of Saudi Arabian oil markets.

So when will oil prices rebound?

Our analysis suggests a rebalancing may not come until the second half of 2016. However, there is an important element to factor in – the behaviour of Saudi Arabian oil markets.

We believe there is a strong likelihood that when Saudi's objective is achieved (evidenced, say, by nine months of US production decline, perhaps next March), they will start to manage supply again.

OPEC reiterated its desire last month to improve current oil prices, stating: "If there is a willingness to face the oil industry's challenges together, then the prospects for the future have to be a lot better".

Contrarian: Is this the best eurozone opportunity? 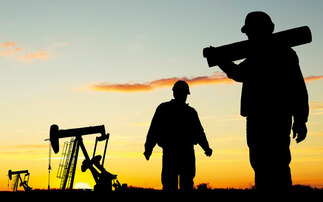 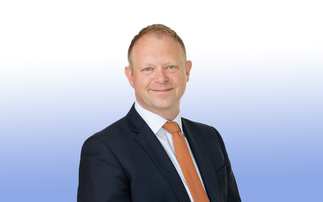 Not the same as oil and gas 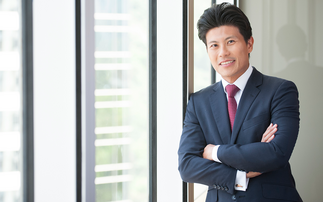 Partner insight: Effective risk management is vital in a time of crisis