At the start of the year, few would have predicted just how much upheaval there would be throughout the global economy. And while there was some uncertainty around geopolitical forces impacting some sectors, nobody could foresee just how much turmoil was coming thanks to the COVID-19 pandemic.

While COVID has had a serious impact on many sectors, there have been winners and losers. One fund that has managed a relatively good year, despite the pandemic, is the Allianz Continental European Fund.

The Allianz Global Investors fund has been able to benefit from some wise strategic plays, refocusing their portfolio on holdings in industries that have performed strongly during the pandemic.

The main strategy the team have taken has been through stock picking and a bottom-up approach. While it's impossible to predict the markets, Marcus Morris-Eyton, the fund's co-lead manager, said he believes the team are well placed to recognise the ‘winners' over the course of three to five years.

The Allianz Continental Europe Fund certainly has a track record to back up this confidence. Launched in 2010, the fund has around €220 million in assets under management and has been run by the same team ever since inception. They've outperformed their benchmark by over 4.5% and the MSCI Europe ex-UK by 6.5% alpha per annum. "That's in the top decile now and in every single time frame prior to that," said Morris-Eyton. And since inception, the fund has provided an annualised return of 13.3%, against the 6.8% of the benchmark.

Over the last 12 months, the fund has also enjoyed stellar performance, with year-to-date growth of 15.9% ahead of its benchmark and 20% ahead over one year.

A year of opportunity

It is this last year that has provided a huge challenge for many investors. The aftershocks of the pandemic will be felt throughout the global economy, said Morris-Eyton. "My view is very much that the COVID is a game changer and it's going to affect the way we live and work for probably the foreseeable future. And it's probably not going to be as straightforward as many people believe."

Yet Allianz Global Investors have been fortunate enough to have a good year, explained Morris-Eyton, despite the COVID-19 crisis. "We had a relatively neutral January and February, and we had a very strong 2019, but actually COVID has really accelerated the market share gains and opportunity that many of our companies have had."

The fund benefited during the downturn in March thanks to its strategy of targeting companies with market leading positions, good cash generation, low leverage, and very strong barriers to entry. "That benefited us on the way down, but also in the recovery," he added.

The team's approach is underpinned by stock picking and looking at the long-term. "We're able to outperform in most market environments, whether it's a growth environment or value environment, actually what dominates for us is whether we get our stock-picking right," he explained. "Of course, you will have these style rotations, which can be painful in the short term, but ultimately on a three-year view, we either live or die by our stock selection."

This year has seen the team focus on sectors such as industrials, healthcare and consumer discretionary. Yet some of the firms that outperformed at the start of the year were replaced by completely different ones during Q2.

"The Q1 performance drivers were very much the defensive names in our portfolio, such as Ambu, Coloplast, Novo Nordisk, and Sartorius Stedim Biotech, with some of the more cyclical names in the portfolio lagging." he said.

"Q2 was almost the complete reverse of that. We had the likes of Zalando, which was a clear beneficiary of the crisis, DSV Panalpina and VAT Group, which were some of the more cyclical names."

"What this shows is the balance in the portfolio and that we are able to succeed in both these environments, which were pretty contradictory in nature," he added.

Many of the firms that the team invested in were able to take advantage of the crisis by aggressively taking market share while many of their peers struggled. He cites Ambu as one of the leading performers during the last six months. The Danish healthcare firm produce single-use endoscopes and have unsurprisingly seen a massive increase in demand since the COVID-19 outbreak.

Another beneficiary has been Netcompany, also from Denmark. An IT services business, they've been able to grow at a compound annual growth rate (CAGR) of 25% over the last decade.

It's this digitalisation of the economy that presents a huge opportunity for some firms, but also a considerable challenge for others. Morris-Eyton described a ‘digital wealth gap', and says that all of the firms he speaks to are investing in their digital capabilities, which has enabled them to outperform during the crisis. Their competitors that have struggled are ones who haven't put an emphasis on their digital capabilities before now.

Online retailer Zalando, for example, were able to attract three million new customers and 180 new brands to their platform during the three months of lockdown. This at a time when all of their high-street competition was effectively closed. He pointed out that "the most expensive part of all these online businesses is customer acquisition."

"The opportunity for many of these companies has grown far beyond what anyone could have expected," he added.

"Our analysis of valuation is always relative to our growth assumptions, and the visibility you have in those there's growth assumptions, not on a one-year basis, but on a three-to-five-year basis, and probably longer. We spend 90% of company meetings talking about strategy, business model, market share dynamics, and so on, rather than all these shorter-term measures."

They also take a longer-term approach, and so may not seem particularly active, but are in fact very particular with the sorts of companies they invest in. One such company that took them a while to "pull the trigger" on is a global bioscience company based in Denmark. "I've been looking at them for probably the last eight years, I went to go to Copenhagen to meet them twice last year and again in January. The sticking point for us had always been valuation," said Morris-Eyton. The decision to take the plunge on the company at the start of the year has proven highly successful, with the company's shares up almost 50% since.

That approach means a near-constant appraisal of long-term targets, but only acting once the time is right. "For many of the companies that we've got on our watch list, we will have been meeting for many years and following their quarterly reports, meeting management regularly, but often it's valuation that prevents us investing."

The importance of ESG

Finally, the topic of ESG came up. While many funds trumpet their specialist ESG strategies, the Allianz Continental Europe Fund takes this approach as a matter of course. They don't own any oil majors, utilities or mining companies, while their long-term approach means they seek out companies that ensure they are able to attract and retain top talent.

As for governance, one former holding of the fund that has been in the news lately provides a great example of their approach: scandal-hit German payments firm Wirecard. The fund had a holding in the business until last year, but sold it after several meetings with the senior management team and board. After actively - and unsuccessfully - pushing the Wirecard board for greater transparency with the audit and compliance, Allianz sold their holding last year. "What was evident was that the business didn't have the controls in place to succeed and certainly didn't fit our quality criteria that we need to invest and have conviction in over the longer term," explained Morris-Eyton.

The coming year is set to be even more challenging for many businesses, with government support across Europe for firms beset by the pandemic tapering off causing many bumps in the road for businesses. However, while it's impossible to predict how the markets will unfold, the approach taken by funds like the Allianz Continental Europe Fund - rigorously analysing the fundamentals of a business over the long-term and applying a bottom-up strategy - will give them a competitive advantage.

A despite this turmoil, Morris-Eyton, expects there to be further opportunities to come. "There will be bubbles along the way, and trends that are perhaps less sustainable than many people believe, and that's exciting but it's also risky," he said. "That's really what fascinates us as an investor, that there are really exciting opportunities."

To request a recording of the webinar, or for further information, please contact us

This is not a recommendation or solicitation to buy or sell any particular security.

For professional investors in the UK only. Investing involves risk. The value of an investment and the income from it may fall as well as rise and investors might not get back the full amount invested. Allianz Continental European Fund is a sub-fund of Allianz UK & European Investment Funds, an open-ended investment company with variable capital with limited liability organised under the laws of England and Wales. The value of the units/shares which belong to the Unit/Share Classes of the Sub-Fund that are denominated in the base currency may be subject to a strongly increased volatility. The volatility of other Unit/Share Classes may be different. Past performance is not a reliable indicator of future results. The views and opinions expressed herein, which are subject to change without notice, are those of the issuer companies at the time of publication. Investment funds may not be available for sale in all jurisdictions or to certain categories of investors. For a free copy of the sales prospectus, incorporation documents, daily fund prices, key investor information, latest annual and semi-annual financial reports, contact the issuer at the address indicated below or www.allianzgi-regulatory.eu. Please read these documents, which are solely binding, carefully before investing. This is a marketing communication issued by Allianz Global Investors GmbH, www.allianzgi.com, an investment company with limited liability, incorporated in Germany, with its registered office at Bockenheimer Landstrasse 42-44, 60323 Frankfurt/M, registered with the local court Frankfurt/M under HRB 9340, authorised by BaFin (www.bafin.de). Allianz Global Investors GmbH has established a branch in the United Kingdom, Allianz Global Investors GmbH, UK branch, 199 Bishopsgate, London, EC2M 3TY, www.allianzglobalinvestors.co.uk, which is subject to limited regulation by the Financial Conduct Authority (www.fca.org.uk). Details about the extent of our regulation by the Financial Conduct Authority are available from us on request.

Industry Voice: Federal spending could be a catalyst for industrials 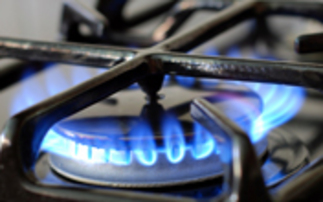 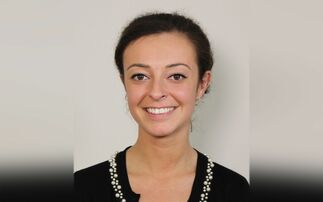 Passive funds down over active 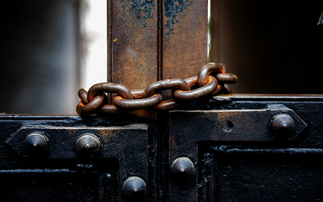