Industry Voice: Why is now the time for radical economic thinking?

Leigh Himsworth, portfolio manager of the Fidelity UK Opportunities Fund, explains it is no coincidence that moments of political change in history have brought with them new economic thinking. With populism on the rise in Europe, Brexit still rumbling away and the UK on the hunt for a new Prime Minister - is now the time for new radical thinking to boost the economy? And if so, what could that look like?

"My chances of being PM are about as good as the chances of finding Elvis on Mars, or my being reincarnated as an olive." - Boris Johnson (2003)

The race to become British prime minister has failed to produce any new or refreshingly different ideas. This is a disappointment, and it appears the candidates have not yet grasped that the rise in populism, certainly in Europe and the US, is a cry for change. This phenomenon has crossed party lines, disrupted the established political processes and confused long-held allegiances.

Policies of austerity implemented since the 2008 financial crisis, and, of course, the malaise around the Brexit referendum, have exacerbated this disunity. However, there is an opportunity for a talented individual to bring cohesiveness, not just to the warring tribes of Westminster, but also to the fabric of British society as a whole. Past examples of such individuals, successfully bringing a fresh approach, include Margaret Thatcher and her much needed aggressiveness and Tony Blair and his smooth presentation skills. They both managed to take many voters from opposing parties with them.

It is no coincidence that those moments of political change brought with them new economic thinking. In the late 1970's, Thatcher's supply-led monetarism swept Keynesian demand management aside, inspired by Reaganism and the teachings of Milton Friedman in the US. This found its full expression 20 years later at the start of the Blair era, when the Bank of England was made fully independent and directly focused on inflation targeting.

Now, with the base rate stuck at 0.75 per cent and the outlook for growth in the UK deteriorating, this old system of economic thinking appears to have run its course. The situation is similar in the US, where rates are at 2.25 - 2.5 per cent, leaving little room for the average 400-basis-point cut the US Federal Reserve has deployed into previous downturns.1

We may well have reached a point where we need radical new policies to stimulate economic growth. For the past 40 years, the focus has been on controlling inflation. Central banks, and their inflation-targeting mandate, were placed in the core of the system. But the excess monetary stimulus we have seen since the end of 2008 has led to vast oversupply, creating a general lack of pricing power and diminishing inflation as an economic concern. Meanwhile, monetary stimulus is becoming less effective, causing a bigger reaction in asset prices than in consumer prices.

One radical thought would be to use fiscal policy in a similar way to monetary policy. This could be achieved by introducing targets, de-politicising fiscal actions, and coordinating policy with other countries. At the time it was introduced, the idea that the money supply should be used to influence the economy was a radical one, and so perhaps this demand-led idea could work.

So, what happens near-term? It is difficult to see a breakthrough in the political impasse, which will continue to chip away at the growth forecasts and erode corporate earnings. Meanwhile bond yields have dropped, and are expected to fall further, leaving investors scratching for ideas to find income and capital growth amid an environment of defensiveness.

I feel that some of these ideas may well be points for further discussion in the weeks, months and years to come.

Leigh Himsworth: Lifting the lid on the UK consumer 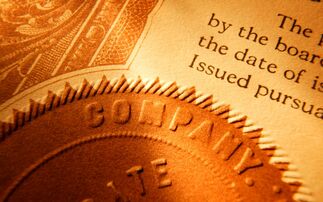 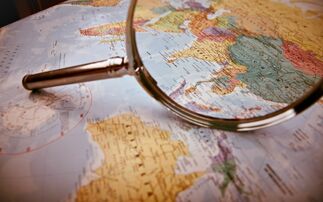