Industry Voice: Fidelity Special Situations Fund's Alex Wright reveals a real world example of his value contrarian approach in Irish housebuilder Cairn Homes, a once unloved stock that is now on the road to recovery.

Investing against the tide of popular opinion is a psychologically difficult thing to do. Humans are social animals, and often behave socially when making investment decisions. It takes a particular mind-set and a highly disciplined approach to execute a contrarian investment process successfully.

According to Fidelity Special Situations Portfolio Manager Alex Wright, the chief advantage to this approach is that, if done well, it improves the balance of risks and rewards by limiting your downside and maximising potential upside.

Wright illustrates this strategy by referencing the fund's significant investment in Irish housebuilder Cairn Homes, which is focused on building homes in Dublin and its surrounding suburbs. He first became aware of Cairn Homes over four years ago, ahead of the group's IPO plans.

"We could see that Cairn Homes had an extremely small housebuilding business in Ireland and what it was looking to do was effectively scale that up by buying more land. The reason I thought this was attractive was because it was a stock in a very out-of-favour space.

"At the time, there was still a lot of negativity around Irish construction, housing and financials as a whole. But we thought it was a great opportunity because there was essentially no competition as they had all gone bust. Cairn was the only company with plans to build homes and demand for housing was beginning to come back."

Cairn is a good example of the type of businesses that Wright and his team target in the Fidelity Special Situations Fund, where portfolio holdings progress through Wright's three-stage investment cycle.

"In stage one we look at those companies that we believe are undervalued compared to their prospects. This could be because they have previously disappointed investors or they operate in a sector which is out of favour, as was the case in this instance. The Irish property market had been a disaster for a number of years after the financial crisis which meant housebuilding had fallen almost 90% from peak to a trough in 2012.

In a way, that was what attracted us to the opportunity: there was very little competition as a lot of housebuilders had gone out of business. But we also compared the business to UK quoted housebuilders and the returns they were generating today versus a decade ago to get an idea of where this business could go."

Wright notes his analysis showed Cairn Homes was an incredibly rare stock in 2014 as it combined two things that no other housebuilder in the region had: expertise in building houses and also, via its 2015 IPO, capital to buy land and expand its operations. Crucially, Wright was able to identify this opportunity earlier than other investors - in this case after one of Fidelity's analysts visited the company and its sites in Ireland ahead of its listing. This meant Wright first became aware of the company's potential around six months before it listed which allowed his team time to start the due diligence work early.

Having invested in Cairn Homes at IPO, Wright waited for the company to deliver on its strategy. Wright and his team were able to challenge and check their own thesis by analysing the delivery of units and the profitability per unit to determine the level of gross margin the company would be able to achieve going forward.

Yet in spite of this positive operational momentum the stock remained unloved and off the radar of many mainstream investors. By 2016, a year after the group listed, Cairn Homes' share price was still undervalued. Post-Brexit shares fell to 90p, circa 10% below its IPO price - despite the business being in a much stronger position with a high quality land bank and significant future growth potential.

"Considering the positive changes that were happening at Cairn, the market didn't really react to any good news from the company, partly because in a sector like housebuilding the broader environment is really important," explains Wright.

It wasn't until the end of 2016, more than two years after Wright's initial investment that the company began to see strong demand from customers and the market become comfortable with the fact that Cairn could scale up as a housebuilder. The company built 420 houses last year, and is on track to build 1,200 by 2019.

For now, Cairn Homes remains at stage two in Wright's investment process as he sees further upside potential in the stock as it continues to deliver operationally.

"For Cairn to move into stage three, we would look to see if profitability and the volume of homes sold have reached expected levels. Are their profit margins over 20%, for example, which I believe is absolutely possible. Once that happens, we could see the stock move into the last stage of our investment cycle following which, if we believe it is appropriately priced, we would look to sell," he explains.

"But again, we would do that gradually, rather than selling out immediately. This is because often when things are going well, stocks can be priced above their value and selling out gradually captures a bit of what you might call irrational exuberance from other investors.

"A key feature of our three-stage cycle is that we are able to recycle the cash from stage three sales into new ideas. The portfolio will typically hold different companies at different stages of recovery. This provides the potential to deliver returns across a range of market conditions, with fund performance very much driven by the prospects of the individual companies we hold."

The value of investments and the income from them can go down as well as up, so you may not get back what you invest. Past performance is not a reliable indicator of future returns. Past performance is not a reliable indicator of future returns. Investors should note that the views expressed may no longer be current and may have already been acted upon. The Fidelity Special Situations Fund and Fidelity Special Values PLC use financial derivative instruments for investment purposes, which may expose the funds to a higher degree of risk and can cause investments to experience larger than average price fluctuations. They also invest more than other funds in smaller companies, which can carry a higher risk because the share prices may be more volatile than those of larger companies. Overseas investments will be affected by movements in currency exchange rates. Reference to specific securities should not be construed as a recommendation to buy or sell these securities and is included for the purposes of illustration only. Investments should be made on the basis of the current prospectus, which is available along with the Key Investor Information Document and annual and semi-annual reports, free of charge on request by calling 0800 368 1732. Issued by Financial Administration Services Limited and FIL Pensions Management authorised and regulated by the Financial Conduct Authority. 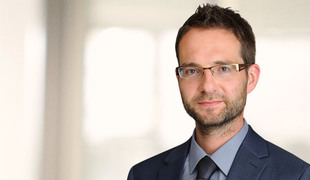 Alex Wright joined Fidelity in 2001 as a research analyst and has covered a number of sectors across the market capitalisation spectrum.He has managed the Fidelity Special Situations Fund since January 2014 and has been portfolio manager of the Fidelity UK Smaller Companies Fund since its launch in February 2008. He has also been responsible for managing Fidelity Special Values PLC since September 2012. Alex has a BSc (Economics) from Warwick University, where he graduated with First Class Honours, and he is also a CFA Charterholder.
blog comments powered by Disqus
Back to Top