The transition to a low-carbon world is a major task and involves undoing more than a century's reliance on fossil fuels. However, the path to net-zero emissions now offers more opportunities for some sectors to profit than it presents threats to company balance sheets. We discuss in the inaugural Fidelity ESG Analyst Survey.

You may be familiar with Fidelity's Analyst Survey, which over the years has accurately predicted trends in the business world from the bottom-up. The survey has become a powerful tool in its own right for our investors to use in their work on behalf of clients.

For the first time, we have asked the 151 analysts who took part in the survey to focus exclusively on sustainable investing: the environmental, social and governance (ESG) topics which companies the world over are grappling with. The analysts quiz management teams on their ESG strategies as a matter of course, but also offer suggestions on how to improve those strategies and, ultimately, their performance. In a series of articles our analysts explore the key themes shaping ESG investing and you can read the full findings here.

Opportunities and risks vary across sectors

Our analysts believe the utilities sector currently enjoys the best business opportunities, given the scale of investment being pumped into green energy. The transition could also lower the sector's business risks.

One fixed income analyst based in Europe says: "Utility companies will transition towards a greater proportion of renewable energy, secured under long-term contracts. From a credit perspective, this strengthens their credit profile and allows them to reduce their cost of debt as the leading companies will be perceived as safer investments."

Meanwhile, and perhaps unsurprisingly, energy companies face the biggest risks as fossil fuels are phased out, leaving them with stranded assets. In an extraordinary step, the International Energy Agency called on energy firms to stop all new oil and gas exploration from this year.[1] Our analysts expect these sharp differences between the two sectors to diminish over time, as utility and energy firms blur together through mergers and acquisitions (M&A) into the clean powerhouses of the future.

After utilities, industrials strike our team of analysts as having the brightest prospects from the transition, but with the second-highest level of risk. According to one Europe-based capital goods analyst, the subsector should benefit from increased demand for a range of products from renewable energy equipment and electric vehicle charging points to rail electrification machinery and hydrogen electrolysers.

The adoption of electric vehicles is already accelerating, driven by regulation, Covid-19 recovery packages, and consumer interest. Other areas like forestry and construction are capitalising on the growing appetite for wood-based substitutes for plastics. However, plenty of industrials face risks posed by regulation, supply chain disruption and legacy businesses. The same is true for materials like steel and cement, which are central to the transition but must decarbonise at huge cost along the way.

Information technology ranks in the middle of the pack, but some opportunities are emerging here as well. Software will become ever more essential to managing a grid powered by renewables and batteries, while general decarbonisation will require a host of new applications. One analyst points to a forthcoming carbon calculator from a leading German developer that will help companies capture and analyse their carbon footprints.

Consumer discretionary companies offer fewer opportunities and generally score lower on ambition and action throughout the survey. Our analysts say that much of the sector remains in ‘survival mode' due to the pandemic and often has less reason to think about decarbonisation. Cruise liners and airlines are obvious exceptions. They too are focussed on staying afloat amid Covid-19 travel restrictions but, as heavy emitters, cannot avoid the transition.

One Asia-based airlines analyst says: "Airlines cannot make promises on net zero yet, as they need a technological breakthrough in alternative fuels to get there. Hydrogen and battery power might enable domestic flights, but long-haul could have to rely on offsets."

More ambitious emissions targets are needed for some

While transition opportunities are on the rise, regional and sector variations between company emissions reduction targets are stark. For example, 71 per cent of analysts covering Europe believe companies have the right targets in place to get them to net zero by 2050, while the figure is zero for Latin America and Emerging Europe, the Middle East and Africa (EMEA). Globally, half of our analysts believe that firms will have to revise their targets upwards to achieve climate neutrality.

Around 85 per cent of utility analysts think their companies have ambitious enough emissions targets in place, while only 30 per cent of energy analysts and 26 per cent of consumer discretionary ones are as confident. Company proactivity in making the transition follows a similar pattern across sectors, with utilities leading the way.

One Europe-based utilities analyst says: "My companies are all actively building renewable generation technologies and trying to use as much renewable electricity as possible for their own consumption. They are highly incentivised to do this as the economics of renewable assets are now better than thermal, and regulation and investors are all very ESG-centric. Therefore, utilities have been very active in transitioning to a low-carbon economy."

Energy companies, meanwhile, are on the back foot. An energy analyst in North America says: "Companies are not setting emissions targets voluntarily; they're doing it because Wall Street demands it."

Only half of our analysts believe companies globally are making a big effort to help the transition, with considerable regional differences. Some countries are changing faster than others. Following President Xi's announcement last year that China would reach net zero by 2060, more companies are issuing emissions targets and increasing their transition-related investment. This helps explain why our analysts there believe companies have the least shortfall between the amount of capex they would need to allocate to the low-carbon transition over the next 12 months to meet the goals of the Paris Agreement and the amount they are expected to allocate.

One China-based analyst and portfolio manager observes: "Chinese companies tend to overinvest and they have cost advantage, so even if there's oversupply domestically they can export to other countries. For example, China is the biggest exporter of solar technology." As expected, EMEA and Latin America have the biggest shortfall, suggesting these countries will need more external help to make the transition in time.

The transition isn't just conceptual or limited to strategy. A fifth of analysts believe workers in their sectors could lose their jobs in a low-carbon economy. Some areas such as utilities are taking steps to tackle this. One utilities analyst covering North America says: "Companies that are closing coal-fired generation facilities have tried to provide employees with sufficient notice and relocation opportunities if possible."

Many industrials companies, too, have launched initiatives. A Europe-based autos analyst reports: "Companies are implementing early retirement schemes for workers making internal combustion engines (ICE) and their transmission mechanisms, or offering retraining. Also, negotiations with the unions often involve trade-offs. For example, a company might agree to close an ICE production line in return for hiring a number of software engineers."

Disappointingly, sectors likely to be most affected by job losses from the transition, such as energy and materials, have yet to take meaningful action.

Companies can help accelerate the low-carbon transition by linking executive pay to reductions in greenhouse gas emissions. According to Fidelity analysts, only a third of companies currently do this, and only half require their boards to consider ESG issues more generally. The companies that do both should be well placed to capitalise on the immense range of opportunities that will arise as the global economy gravitates towards net zero industries, while mitigating the very real risks.

The value of investments (and the income from them) can go down as well as up and you may not get back the amount invested. Past performance is not a reliable indicator of future returns. Investors should note that the views expressed may no longer be current and may have already been acted upon. A focus on securities of companies which maintain strong environmental, social and governance (ESG) credentials may result in a return that at times compares unfavourably to the broader market. No representation nor warranty is made with respect to the fairness, accuracy or completeness of such credentials. The status of a security's ESG credentials can change over time. Changes in currency exchange rates may affect the value of investments in overseas markets. Investments in emerging markets can also be more volatile than other more developed markets. Reference in this document to specific securities should not be interpreted as a recommendation to buy or sell these securities, but is included for the purposes of illustration only. Investments should be made on the basis of the current prospectus, which is available along with the Key Investor Information Document and current and semi-annual reports, free of charge on request, by calling 0800 368 1732. Issued by Financial Administration Services Limited and FIL Pensions Management, authorised and regulated by the Financial Conduct Authority. Fidelity, Fidelity International, the Fidelity International logo and F symbol are trademarks of FIL Limited. UKM0721/36056/SSO/NA 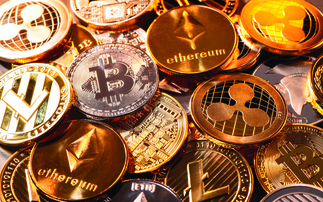 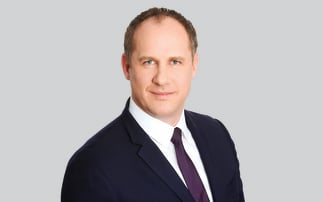 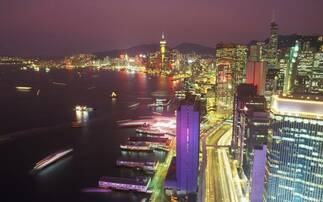