One year on and the number stranded has halved to 200,000. While a step in the right direction, we outline why more needs to be done as our campaign continues.

Early last year, as the Covid-19 crisis deepened, we became aware of increasing disruptions to global maritime activity. Restrictions on travel and trade were closing off ports and cancelling flights, causing severe delays to the ordinary rotation of cargo vessel crews between their ships and home ports.

Over the course of the last year, hundreds of thousands of seafarers were left stranded aboard their vessels, as stringent pandemic quarantine measures across the world made it impossible to disembark at designated ports or return home by air. This became a liability for the commercial shipping sector as well as a brewing humanitarian crisis for the hundreds of thousands of seafarers who are the engine of global trade.

At the height of the crisis over 400,000 seafarers were stranded at sea, with many working long beyond their contracts.

Shipping is responsible for 90% of global trade and holds the key not just to a global economic recovery from the devastation of Covid-19, but to maintaining our current way of life. To protect global supply chains and seafarers' health and safety, we sounded the alarm by actively engaging with our investee companies on this issue.

In December last year, a consortium of international investors representing US$2 trillion of assets under management, led by Fidelity, called for urgent action to end this humanitarian crisis in an open letter to the United Nations (UN). We reiterated the need to classify seafarers as "key workers" to enable them to continue to perform their essential services in a safe and secure manner. As the most effective way to resolve this crisis, we also recommended seafarers have access to vaccines with immediate effect.

Around the same time, the UN Assembly called on UN Member States to designate seafarers and other marine personnel as key workers and to implement relevant measures to allow stranded seafarers to join other ships and ensure access to medical care.

One year on and the number of seafarers stranded and in need on repatriation has halved to 200,000, with similar numbers waiting to board ships.

The number has declined thanks to the efforts undertaken by governments, shipowners and other parties such as trade organisations and investors who continued to raise awareness and create urgency in having this matter resolved.

In May, the UN launched the Human Rights Due Diligence Tool,  targeted at business enterprises, stating that they "…should undertake human rights due diligence to identify, prevent, mitigate and address adverse human rights impacts on seafarers resulting from restrictions to crew changes. This involves utilising leverage - individually and collectively - on governments and maritime transport providers to ensure respect for seafarers' rights".

This is a welcome development and highlights many of the points raised by us:

-Urge charterers and other business partners to be flexible and to accept route deviation requests from shipping companies for the purpose of facilitating crew changes.

-Consider offering to contribute to the costs of deviation to share costs during the Covid-19 crisis.

-Call on government authorities to implement coordinated and consistent policies and legal measures designed to alleviate the situation of seafarers during the Covid-19 pandemic. This includes designating seafarers as "key workers" and implementing the IMO recommended framework of protocols.

Reprieve, but more needs to be done

While positive steps have been taken to tackle the crisis, issues remain, and the threat of new Covid-19 variants can quickly reverse the tide. Today, still fewer than 60 countries have responded to the UN resolution and designated seafarers as "key workers". Seafarers are still not being prioritised in many countries' vaccination roll-out plans.

If the blockage of the Suez Canal in March this year, by just one vessel, has taught us anything, it's that just one disruption in the chain can have a significant impact on global trade. Today, 200,000 potential links in the chain are at risk of breaking and as such it remains critical that this crisis be resolved swiftly. We continue to urge fellow investors to engage with companies on this, governments to take the needed action and the media to call more attention to the issue.

This information is for investment professionals only and should not be relied upon by private investors. The value of investments (and the income from them) can go down as well as up and you may not get back the amount invested. Investors should note that the views expressed may no longer be current and may have already been acted upon. A focus on securities of companies which maintain strong environmental, social and governance (ESG) credentials may result in a return that at times compares unfavourably to the broader market. No representation nor warranty is made with respect to the fairness, accuracy or completeness of such credentials. The status of a security's ESG credentials can change over time. Reference to specific securities should not be interpreted as a recommendation to buy or sell these securities, but is included for the purposes of illustration only. Investments should be made on the basis of the current prospectus, which is available along with the Key Investor Information Document, current annual and semi-annual reports free of charge on request by calling 0800 368 1732. Issued by Financial Administration Services Limited, authorised and regulated by the Financial Conduct Authority. Fidelity, Fidelity International, the Fidelity International logo and F symbol are trademarks of FIL Limited. UKM0521/34469/SSO/NA 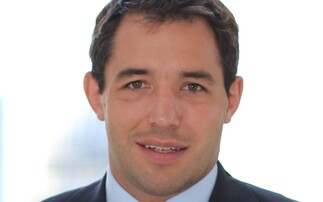 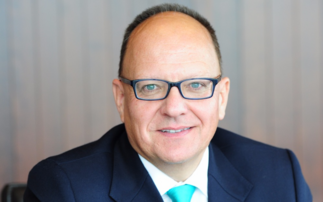 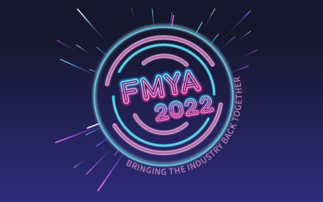