The group said the Government "needs to simplify the taxation system for trusts in order to meet its own objectives" in response to its latest consultation on the taxation of trusts.

HM Revenue & Customs' consultation The taxation of trusts: A review, which ran from 7 November 2018 to 28 February 2019, set out the principles for taxing trusts and sought views and evidence on reform in line with them.

It said "tax treatment should neither encourage nor discourage the use of trusts" in the consultation, but WAY Investment Services believes complexity in the rules - largely a result of rule changes introduced in 2006 - is putting families off from establishing a trust.

Fund tax, but not as we know it

The firm said trusts have been used for hundreds of years, with the basic principle of allowing a person (the settlor) to instruct another person (the trustee) to manage assets on behalf of a third party (the beneficiary).

It added a simplification of the tax regime would not necessaily lead to an increase or decrease in tax revenue from trusts, but would rather support families to use trusts in appropriate circumstances.

For example, WAY Investment Services recommends the Nil Rate Band (NRB) is restored to increase in line with inflation while it should also absorb the value of the Residence Nil Rate Band (RNRB), which should be repealed on the grounds that it is neither fair nor simple.

WAY also recommends the removal of the periodic charge, which accounted for just 3.44% of IHT receipts in the 2017-18 tax year. It said it should only be levied on exit events when there is a real transaction taking place, which can be achieved in two ways: 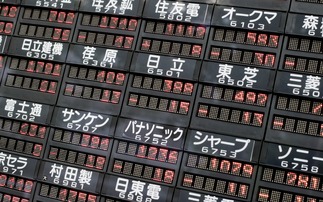