Scottish fund managers have suffered outflows in recent months amid increased uncertainty over the outcome of the country's independence referendum.

Analysis by the FT appears to back up reports from fund managers that the referendum, taking place this Thursday, has encouraged investors to delay their plans or seek options less likely to be affected by a vote for independence.

A senior executive at one large Scottish fund house, who requested anonymity, said: “The referendum is an event you want to get out of the way before normal activity will resume. Light flows [following the summer break] have persisted for longer this year.”

Another anonymous Scottish asset management head said: "Most professionals are cacking themselves. They are terrified of independence and a new regulatory regime.”

However, other fund groups called for caution, arguing recent outflows have little relation to the political situation.

The country's six biggest fund houses posted collective net outflows of €144m in the first seven months of the year, according to figures compiled for the FT by Morningstar.

The bulk of outflows came from Aberdeen, where European mutual funds saw €5bn leave, and its recent acquisition Scottish Widows Investment Partnership. Standard Life Investments and Baillie Gifford enjoyed net inflows of €2.6bn and €1.3bn respectively - but this was half the level of assets for the same period in 2013.

Corporate investors have pulled more than $14bn from 36 fund groups with primary operations in Scotland since January, according to eVestment, the data provider.

However, some Scottish fund managers have also been prominent backers of the pro-independence campaign, with veteran First State manager Angus Tulloch donating £250,000 to the campaign.

The results of the referendum are expected to be announced early this Friday (19 September).

Digital Guide to a Sustainable future 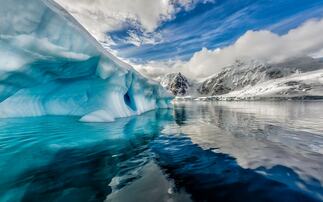 Industry Voice: Good COP or bad COP? - What to look out for from the COP26 Climate Conference

As world leaders gather in Glasgow for COP26, the urgency of taking action to tackle climate change is clearer than ever. What are the key objectives and chances of success?