There is a clear investment case for ethical investing

Traditional concerns over the future and performance of ethical funds, due to their exclusion of certain companies from a manager's fund universe, are becoming less and less relevant - as 20 years of fund performance proves

There are compelling arguments for positioning ethical funds as returns-driven. Some advocate this on the basis that detailed corporate social responsibility analysis of prospective investments in businesses can help identify hidden risks and rewards; while others advocate it from the perspective that certain sectors, such as clean energy, healthcare, and social housing can generate above-market returns.

Some advisers have been concerned about the probable future performance of investments with ethical remits relative to that of conventional funds. This has resulted from fears about the impact of reducing a fund manager's investment universe by excluding certain companies or industries. With 20 years of actual performance to look at, these concerns appear to be lessening. But they are still legitimate concerns.

These arguments are typically backed up by fund performance tables which show a basket of ethical funds underperforming benchmarks or sectoral averages. However, there are a number of studies that show ethical funds produce returns at least in line with mainstream investments.

For example, the Investment Management Association has observed over the past 10 years that ethical and socially responsible investment funds have performed more or less on a par with their non-ethical equivalents. An independent report by WestLB Panmure in November 2002, entitled More Gain Than Pain commented there was "No sign of a systematic performance disadvantage." It also said: "Although the observation period is not long enough to be able to draw final conclusions, a simple performance comparison already shows that the frequently voiced hypothesis of a systematic return disadvantage of ethical investment is clearly not supported by the present data."

A performance study carried out by ABN Amro Asset Management in September 2001 found ethical and socially responsible investment has generally not led to a long-run risk-adjusted underperformance. It said: "After controlling for investment style, we find little evidence of significant differences in risk-adjusted returns between ethical/socially responsible investment and conventional funds for the 1990-2001 period."

And a CIS report in 2002 reviewed many studies of performance and concluded that, generally, screening resulted in no negative effect on performance. In fact in several cases the use of sustainability criteria for including stocks in a fund has resulted in superior performance compared to the FTSE index average.

Markets are generally efficient, but it is possible to derive additional performance from taking active market bets - that is why active management costs more than passive management. When you exclude stocks based on long-term environmental, social and corporate governance concerns, therefore reducing stock-specific risk, this leaves you with a set of stocks to which you apply mainstream portfolio construction techniques - exactly what most screened fund managers do.

The underperformance argument is further flawed where it views ethical investments as an entirely different asset class. There are different fund styles within ethical and socially responsible investment, and treating it as a homogenous group of funds is dangerously misleading. And while it is possible to pull together a list of underperforming ethical investment funds to support the underperformance argument it is also possible to pull together a list of value-oriented funds which underperformed between 1995-2000, and a set of growth-biased funds which did poorly between 2000 and 2003. Does this mean that both value and or growth styles are fatally flawed? Rather, ethical or socially responsible investment is just another investment style or theme, such as momentum, contrarion, value or growth.

Public opinion research has indicated advisers should be asking clients whether or not they are interested in ethical investment. The research suggests only 8% of people have ever received advice on ethical or socially responsible investment from a financial adviser. And a MORI poll found that 65% of those questioned said advisers should ask people whether or not they are interested in investing ethically, in contrast to 22% of respondents who said advisers should only mention ethical investing if a client requests it. It seems a good number of advisers are missing opportunities to sell these types of investments to their clients.

The most important aspect of starting to offer ethical investment is to add and use an ethical fact-finding question as part of your standard fact find. For example, one could ask "Are there any social, ethical or environmental issues that you would like to take into account when looking at your investments?"

Other issues to consider are whether your current fact finding process tells you everything you need to know about your clients, whether you can really give appropriate advice if you have not asked a client about their personal values; and how your clients feel if they learn about ethical investing from a source other than yourself.

IFAs preparing to advise on ethical investing should also consider joining a trade body and signing up to an information subscription service. There are two trade bodies IFAs can join, and these have reciprocal membership agreements. The UK Social Investment Forum collectively represents the interests of financial advisers, fund managers, banks and research bodies specialising in ethical investment. Further details are available on its web site at www.uksif.org.

The classic ethical investor makes a conscience decision. Their main motivation is to ensure that wherever they invest, they must not have holdings in companies involved in activities they do not approve of such as animal experimentation or armaments. While some investors are conscience investors on single issues such as tobacco, the majority will tend to feel strongly about a range of issues. For example, people who buy organic food are likely to want to avoid investing in industrial pesticide manufacturers, or companies promoting genetically-modified food. These investors are also likely to move their non-ethical investments into ethical ones, or in the case of new investors, only make ethical investments.

Some investors are attracted by the idea of investment opportunity. These investors are already quite sophisticated and know about the benefits of thematic investing. They are quite aware the threat of climate change means renewable energy companies are likely to benefit, or that the advance of medical knowledge will benefit healthcare companies. They choose to invest in the expectation their world will be a better place as a result of their investment, but that it is quite likely to produce a solid long-term financial return.

And some investors would like to use their investment to make more responsible corporations. They disapprove of the behaviour of large corporations on issues such as executive pay, and want to see visible corporate social responsibility (CSR) practices. Their primary motivation is to challenge the excesses of big business and see institutions use engagement or voting shares as a force for change. These investors are happy stock market investors and probably hold fairly mainstream portfolios, but would add an SRI fund that could link good CSR with financial returns.

Occupation is perhaps the defining factor as to whether an investor will have preference for ethical investment. The key occupational groups are those in caring professions, namely, occupational groups which are directly involved in looking after the needs of other people.

A University of Bath study in 1997 undertook an empirical study of a group of ethical investors, supporters of EIRIS (Ethical Investment Research Service), which profiled occupation, sex, age and memberships of organisations (see table).

• Many studies show that ethical investments perform at least in line with mainstream investments.

• Ethical funds are not a homogenous group of funds. Rather they are an investment style or theme.

White to run £2bn of retail funds at L&G 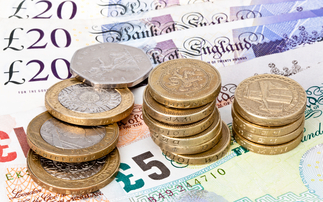 Partner Insight: Inaction on climate change is not an option for investors 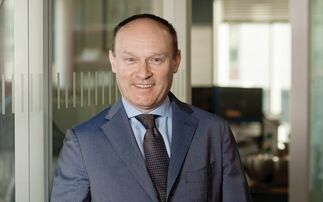 Industry Voice: Quantamental investing - The best of both worlds?