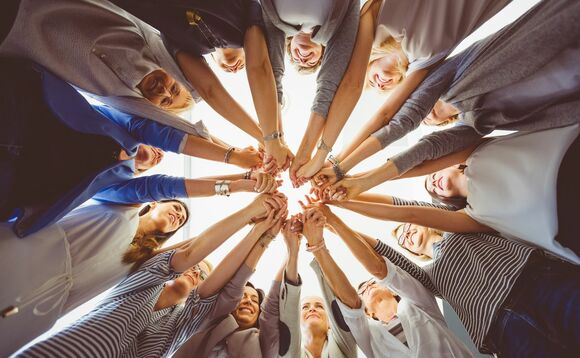 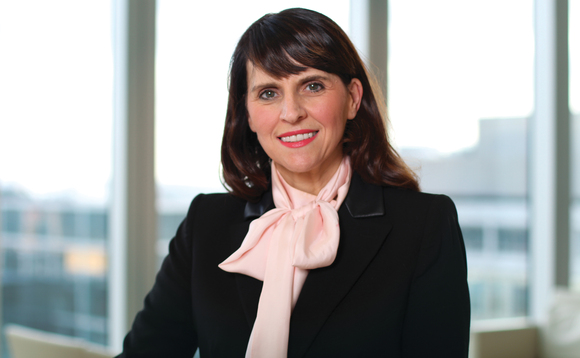 I used to find the question of female role models a difficult one, believing I had to highlight someone that was famous or had achieved something everyone would instantly recognise and relate to.

My mum, Ruth Wright, was a primary teacher for 40 years. I watched my mum mark jotters and write reports every night for hours, while spending weekends and evenings planning for school productions and outings.

She rarely ever missed a day of school. Her dedication to teaching, her love of her job, her work ethic and focus on always doing the 'right' thing has always inspired me.

Not only this, if I had to have a dinner party, my mum would be the first on the list with her special talent games and icebreakers.

She is a role model to imitate; she is content, caring, fun, has a wide berth of friends, and has a career that she excelled in and cared about, which genuinely made a difference. 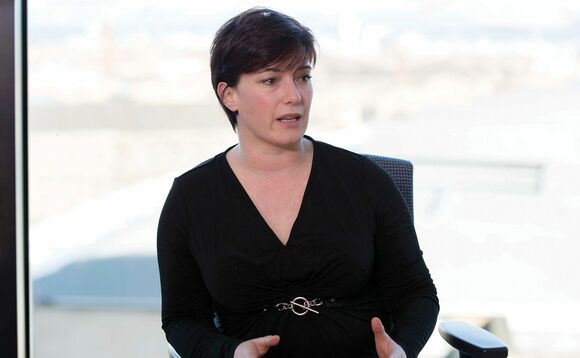 I admire and try to learn from investors such as Howard Marks and Jeremy Grantham who have written insightful letters to their clients for decades, outlining their evolving ideas, sharing mistakes and what they have learned from their investments.

It is not only investors that do this well; Jeff Bezos' annual Amazon shareholder letter is a great example, given it has a clear statement of purpose, intent and execution.

I think this is a great approach to bring to all client communications. I believe that one of the most important things an investment manager can do is to explain their process consistently and clearly.

After all, clients hire us to manage complexity for them, not to hide behind it. 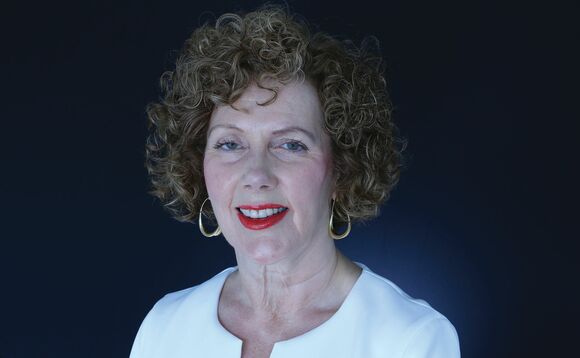 My role model, J.K. Rowling, is clearly not from the investment industry but has shown real enterprise, hard work and great commercial judgement.

She has also managed to successfully combine her work as a writer with a balance of private family life and passion for the interests she cares about.

Even in a completely different career, I respect the value of that work-life balance and viewing philanthropy and social impact as highly as the day job.

I confess to not having read or seen all of her Harry Potter books and films, but her writing has delivered some good life quotes.

I particularly like: "It is our choices… that show what we truly are, far more than our abilities."

She epitomises the importance of perseverance and is willing to speak up on issues that matter. The fact that she spends time in Edinburgh makes her more of a local hero. 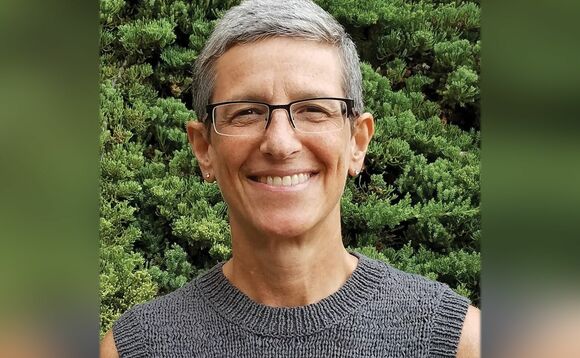 To be successful in the fund management industry requires resilience and a basic belief that it is more fun when it is hard.

As a result, my role models have been people with both optimism and resiliency to accept outcomes that are beyond our control.

They have also been people that balanced ego with an appreciation of their own skills, avoiding cockiness but not lacking in the sort of self-confidence that comes through hard work and the accumulation of skills.

Grounded in the ethic of the Depression era, my parents – my earliest and strongest direct role models – embodied this spirit of optimism, resiliency and the value of hard work in everything we do.

As an adult, I have also studied Eleanor Roosevelt's writings and projects extensively, and view her as the most influential role model for my parents and their generation, therefore making her my ultimate role model. 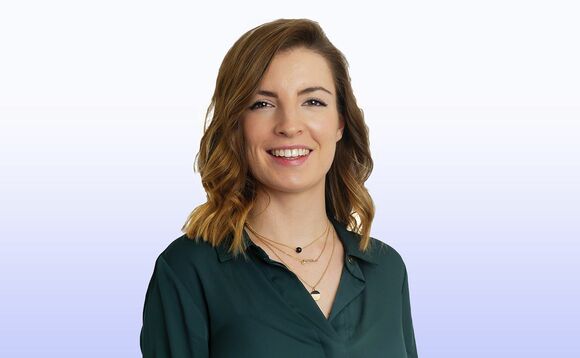 My role model is my mother, Dr Ruth Harris. Growing up, she always instilled in me the importance of education both for career success but more importantly to enrich my own personal life.

While I did not realise it as a child, having a working mum of three children with a successful career has ingrained in me the idea that having both a career and a family is not just an option but a really fulfilling life choice.

She even completed her PhD in applied psycholinguistics, while balancing full-time lecturing and bringing up three children.

Most of all, it was when our family went through very difficult times personally that she showed me the meaning of true grit, perseverance and grace under pressure.

These are the qualities I try to carry with me in my own career and have served me well so far. 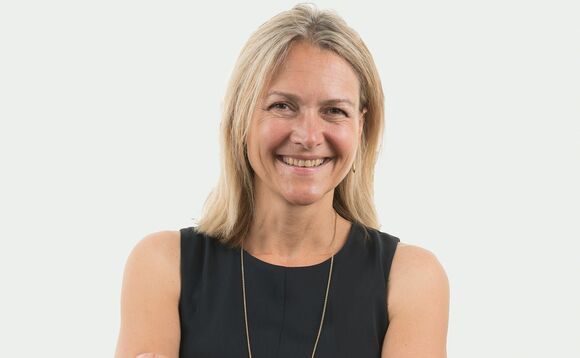 Pioneer Marie Curie faced adversity throughout her outstanding career but was never deterred. Her research was pivotal in the development of X-rays and the discovery of chemical elements – earning her a Nobel Prize in physics in 1903.

In 1906, she went on to become the first female professor at the Sorbonne and won a second Nobel Prize for chemistry in 1911.

Curie's work was also crucial in World War I, where she developed in-ambulance X-ray capabilities, driving herself to the front lines to aid soldiers.

Importantly, her perseverance against opposition from male peers paved the way for female professionals, not only in science but in every field.

However, while Curie's tireless dedication to her work is important, her family legacy is the key to her being such a prominent role model.

My personal aim is to achieve a healthy balance between my work and family life, and her close relationship with her two daughters – who went on to be successful pioneers themselves – is something I strive for in my personal life, and what makes Curie such a poignant figure in my life. 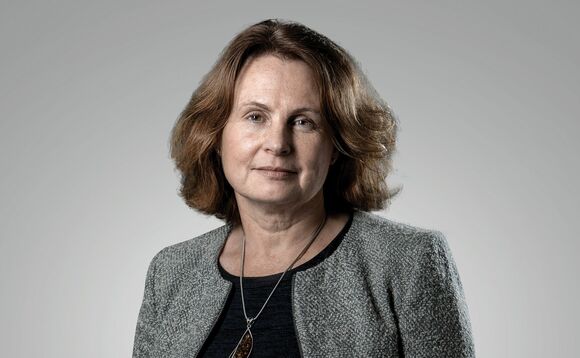 My mum is my role model. Born just before World War II into a working class family, she grew up in post-war austerity.

At 17, she became the first in her family, male or female, to go to university, qualifying as a doctor of medicine in the early 1960s.

Like many women, her career became somewhat sporadic as marriage and family followed.

Finally, retraining as an anaesthetist, she helped to introduce epidural anaesthesia to the labour ward at the hospital she worked at during the 1980s. This is something that many women in my home town are extremely grateful for.

As a child, I was enormously proud that we would be stopped in the street for an update of the latest baby to be born.

I was not interested in medicine and went into the financial industry, so looking after another important aspect of many people's lives instead. However, I doubt I will ever get stopped in the street and thanked! 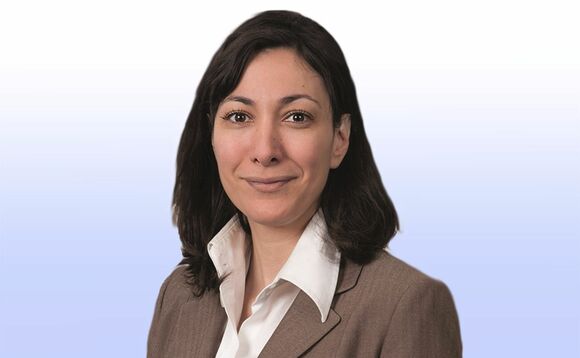 Many women have been role models or provided me with inspiration. Growing up in Paris, Simone Veil had a great impact on me for her courage, determination and compassion when advocating for and advancing women’s rights in France in the 1970s.

Marie Curie is another extraordinary woman; the first female Nobel Prize winner, first female professor at the University of Paris, and the first woman at the Pantheon in Paris. She embodied intelligence, a thirst for knowledge and her path shows women in the world that we are as bright and can make a difference in any field we choose.

In terms of role models in my work, earlier on in my career as a fund manager I had many that inspired me including Mary Erdoes, CEO of J.P. Morgan Asset Management. She showed that a talented woman with young children can successfully take the helm of a large and complex organisation.

We asked senior female members of the industry and fund managers to name their greatest role models, and describe how their influence has contributed to their success to celebrate International Women's Day.

We asked senior female members of the industry and fund managers to name their greatest role models, and describe how their influence has contributed to their success. From loved ones to pioneers in...

Using our power as investors for good

The realities of changes to EIS tax breaks

Does a manager having 'skin in the game' really help investors?

A taste of our own medicine: Could inflation actually be just what the doctor ordered?

Borrowing your way out recession