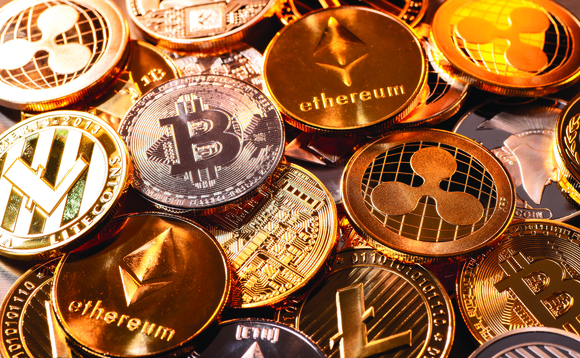 Given the price moves this year, it is little surprise that a recent survey by AJ Bell found that over three quarters of financial advisers say their clients have asked them about investing in cryptocurrency.

Analysis shows that someone investing £50 a month into bitcoin over the past year would have seen growth of 127.6% on their original investment of £600 which would now be worth £1,365.

Such growth will have led to inevitable questions to advisers on the merits of holding of bitcoin and other cryptocurrencies in their portfolios, alongside the more traditional asset classes such as equities and bonds.

According to the survey of more than 300 financial advisers, some 36% stated their clients held cryptoassets, but only 4% said they would consider advising their clients to invest in cryptocurrency directly.

"Cryptocurrency is here to stay for the foreseeable, and so advisers are going to find themselves continuing to field questions on the subject from clients," said Laith Khalaf, a financial analyst at AJ Bell.

"However the asset class has not really made it into mainstream solutions, with the notable exception of funds from Ruffer who bought bitcoin earlier this year but realised profits pretty swiftly thereafter," he added.

Despite this, the survey found that over a quarter of advisers said they would consider investing in a multi-asset fund that had some crypto exposure.

This compares with 43% who hold gold as part of a balanced asset allocation.

"That seems the most likely path for crypto to make it into the portfolios of advised investors in future, though that would require more asset allocators to build exposure to cryptocurrencies, something we have not seen as yet, because the prevailing mood towards crypto in the investment community is still one of deep scepticism," said Khalaf.

"That seems legitimate given its volatility, a lack of functionality in the real economy, a heavy carbon footprint, and bucketloads of regulatory risk," he added.

"So while investors may choose to dabble with a few pounds here and there, crypto in its current state is not highly investable for advisers or money managers."

So what do the multi-asset specialists think of the merits of crypto within their portfolios?

Chris Rush, investment manager at Iboss, said that while he does not invest directly in crypto he does believe that digital currencies and blockchain technology will undoubtedly be transformative across many industries.

"Finding the winners in these evolutionary and, for many, revolutionary markets will likely be incredibly difficult, and the investment backdrop is analogous to the mid-19th century Californian gold pioneers," he said.

The most frequently referenced form of digital currency is private cryptocurrency. According to Rush, these share the broad characteristics of being privately created and decentralised digital currencies, with, for now, reduced government oversight and regulation.

He added the relative recency of the technology and the perceived riches to be made has caught experts and amateurs' interest.

"Those clued up on their financial history may recognise certain parallels here with the dotcom bubble," he said.

"Although the number of IPOs in the late 1990s (856 across 1999 and 2000) pales in comparison to the 4000-plus crypto tokens currently available to potential investors, the challenge is similar; namely which will be the winners and will those winners trade at a higher valuation than they currently are?"

In an industry where innovation is moving at a startling pace, Rush noted there is the opportunity to make a lot of money, but finding the winners may prove extraordinarily difficult.

Moreover, if investors select poorly or the gamble does not pay off, he added there is genuine potential for permanent capital loss.

"A considerable amount of capital has flowed into the private crypto space as investors have looked to make their fortunes in what could be considered the wild west of the investment world," he said.

"Sadly, this does mean the crypto space has its fair share of outlaws, some of these outlaws shoot from the hip whilst others partake in much more sophisticated heists."

The dangers of social media

Given the job they do, multi-asset managers are expected to have an opinion on numerous topics.

However while Rush said the Iboss team has considerable expertise on the risk-return profiles and the correlations of equities, bonds, property, cash and even gold, the wide range of opinions makes the current iteration of cryptocurrencies extremely difficult to value.

"This is why we would consider them primarily speculative," he said.

"The sentiment-based value of many private cryptos is easily swayed by social-media influencers. It is not difficult to find celebrities, self-professed finance luminaries or social media gurus exploiting their followers to either bid up the price of an existing crypto or push a new one."

The most well known example is perhaps Elon Musk, whose comments on Twitter Rush said have measurably effected the price of bitcoin and ushered in the arrival of the meme crypto of choice - dogecoin.

"However while the extreme price volatility and the ability of Musk and Ark Capital's Cathie Wood continue to move the price significantly, it does little to help the evolution or help cryptos to become legitimate mainstream assets."

At present the cryptocurrency most favoured by investors is bitcoin.

However Rush said its popularity seems to mostly be down to first-mover advantage, which he noted is a phrase that has historically proven to be something of a misnomer.

Indeed it was recently predicted by Nigel Green, chief executive and founder of deVere Group, that not only will the crypto ethereum continue to outperform bitcoin in 2021, he added it will ultimately exceed its rival's value.

"Ethereum is more useful than bitcoin and has tech advantages over its better-known rival," he said at the end of August.

"Ultimately, this will mean that its value will exceed that of bitcoin - probably within five years. There will be peaks and troughs along the way of course, but ethereum's ascent to the top of the cryptoverse seems unstoppable."

As valuations recover across the market following the recent sell-off, the UK-based money app Ziglu is advising cryptocurrency investors to plan for the long term.

After registering strong gains in August, Ziglu believes the recovery is a good time for investors to reassess their holdings and plan for the long term by focusing on regular monthly investment in the market.

Mark Hipperson, founder and CEO of Ziglu, said: "We believe that cryptocurrencies should be a long-term investment and encourage our customers to invest little and often, as that is a proven method for smoothing out volatility in the market and to maximise returns.

"The recent recovery following the drop in prices earlier in the year highlights how there is always going to be volatility in the crypto market, with some peaks and troughs. Regular investing will enable investors to average out the impact over time."

For Rush, one of the biggest issues in holding crypto as part of a multi-asset fund is that it is not a store of value. Namely, nobody knows how to value them.

"Lots of people have an opinion, but enough people need to know how to value them before you can value them, the same with any asset like gold or whatever," he said.

"It is basically what everybody decides it is and I think more than any other asset they are all at risk of government legislation."

Indeed Rush said the evolution of criminal, or close to criminal activities related to the crypto world, seems to be developing faster than the asset themselves.

As a result, he notes that regulatory bodies have begun to increase their scrutiny of crypto assets.

"While many crypto enthusiasts publicly welcome regulatory oversight, it has rarely been the case that increased uncertainty has benefitted asset prices of any kind, particularly if any large-scale frauds are discovered along the way," he said.

So what does the UK regulator say of the risks of investing in crypto?

In January this year, the FCA warned consumers of the risks of investments advertising high returns based on crypto assets.

"Investing in crypto assets, or investments and lending linked to them generally involves taking very high risks with investors' money," said the FCA.

"If consumers invest in these types of products, they should be prepared to lose all their money."

It would seem for the time being, while advisers should expect to continue to field questions about the merits of investing in crypto, the investment solutions available to them look set to remain sparse. 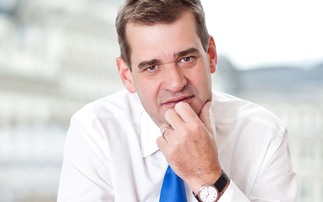 New brand to be announced 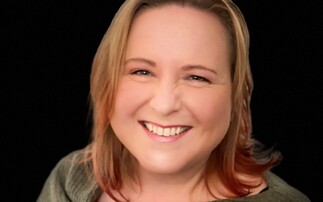 Groups need to use their influence 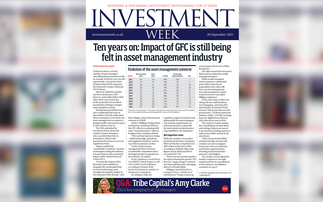