If last year, the biggest concern was rising interest rates, today interest rates are at their lowest level in history and the government is doing all it can to get the UK economy through the crisis. This means the outlook for inflation and interest rates has changed drastically from this time last year.

As part of its coronavirus support package, a raft of measures were introduced by the government to boost the economy by encouraging people and companies to go out and spend money, instead of keeping it locked away. On the fiscal side, the government injected £30bn into the UK economy and announced many additional measures, including cuts to stamp duty and VAT, and funding job retention schemes. At the same time, the BoE cut interest rates to the lowest level in history, at just 0.1%.

What does this mean for inflation?

Typically, the argument is that because fiscal stimulus is designed to bring money back into the economy it will eventually push up inflation. But until very recently inflation has continued to drop.

Both economists and investors believe inflation will be at rock bottom for some time in spite of all the money being pumped into the economy by the government.

In part, this is a lesson learnt from the wake of the 2008 financial crisis. Back then, governments were also pumping cash into the ailing economy and cutting interest rates to help stimulate the economy. But consumer prices failed to soar.

There are a number of reasons for this. A big jump in unemployment, coupled with wage cuts or weak pay growth, has contributed to consumers deferring major purchases. This, combined with continued uncertainty about the economy and job prospects has also seen discretionary spend reduce overall. And whilst the government has made it cheaper for consumers to spend, on average they have far less money to be able to do so. According to Ian Stewart, chief economist at Deloitte, this means inflation remains "muted until the economy makes up the huge loss of activity sustained in the first half of this year".

One of the biggest changes, though, is that the crisis has forced the central bank to U-turn over the last few months on its policy of raising interest rates. Lower interest rates are supposed to encourage people to borrow money and spend, rather than save.

The trouble is, the BoE has now cut interest rates almost as low as they can go, so there is not much further they can go beyond zero. The next step, in fact, is negative interest rates. This is a drastic measure which would force banks to pay borrowers to encourage them to borrow more money. On the other hand, savers would have to pay to keep their money in the bank.

This is considered a measure of last resort and a sign that the central bank has run out of options to stimulate the economy.

What do these challenges circumstances mean for homeowners, savers and retirees? Click here to access the full article in the exclusive guide from Architas, Choosing a Retirement Game Plan 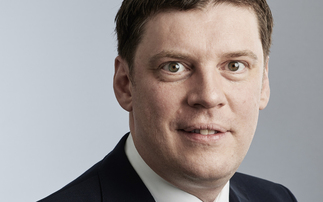 For the sake of future generations pensions must be invested correctly 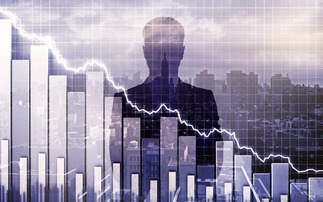 Partner Insight: Have you reassessed your clients' risk appetite well enough in 2021?

Canada Life’s retirement solutions director, Nick Flynn, on the opportunity to reassess the solutions on offer to clients today