Tokio Marine Asset Management, as a locally-based bottom-up stock selector, offers a different perspective on the widely held market perceptions of Japan and presents an alternative view which some investors outside of Japan may not have been aware of so far.

The common perception among investors is that Japan is heavily dependent on its traditional export sector to contribute to the economy. This leaves it vulnerable to a global demand slowdown, especially from China, and external factors that strengthen the yen. In addition to this, it is widely believed that Japanese equities managed to outperform the majority of other developed markets in the last few years because of the Abe Government/BoJ's interventions. Given this, the fading impact of Abenomics has caused some to fear that the country may slip back into deflation.

Despite this, we still believe that the country offers plentiful opportunities of alpha generation. In fact, our recent corporate visits suggest that there are certain numbers of ‘winning' companies in Japan. In our view, being a focused and more specific stock picker will be key to uncovering hidden gems in this evolving market.

Role-reversals in sectors
Many still believe the recent recovery in Japan is a purely cyclical one resulting from a weaker yen that benefitted the export-heavy economy. Indeed, there has historically been a strong correlation between the level of the domestic stock market and that of the yen, as shown in the chart below. This could perhaps support the claim and help to explain the underperformance of the Japanese stock market relative to other markets during times of volatility (when the yen strengthens).

On the other hand, we believe that the recent comeback in the Japanese stock market isn't a cyclical one, but rather the result of the remarkable role-reversal in sectors that has taken place in the past decade. As the chart below demonstrates, the proportion of TOPIX market value taken up by domestic-oriented companies has grown significantly since 2007. This indicates that the market has risen, not just because of exporters who benefitted from the cheaper yen, but due to the outperformance of the domestic sector since before the start of Abenomics in 2012.

We feel this role-reversal owes much to the steady improvement in profitability of domestic non-manufacturers over the past twenty years of deflation, which may have gone unnoticed by some market observers. While exporters could rely on the yen weakening to boost earnings, non-manufacturers were forced to consolidate and streamline their business to improve margins. Indeed, the chart below would appear to support the result, which shows a much healthier cost structure and a greater operational efficiency for non-manufacturers.

A pick-up in the level of CAPEX
As such, our view is that Japan's comeback isn't simply a cyclical one dependent on exporters benefiting from a cheaper yen. Rather, it has been supported by the turnaround of the under-appreciated domestic sector in Japan; for them, a weaker yen hasn't been an additional tailwind. In fact, we are seeing a pick-up in the level of CAPEX by these companies, and again, this we believe is rooted in the behaviour of Japanese corporates during the last twenty years of deflation.

When Japan's bubble burst, Japanese corporates cut back on capital investment rather than lowering their employee headcount in their effort to restructure at the start of the 1990s. The result of this ‘Japanese-style' version of restructuring can be clearly seen in the chart below, where there has been a continuous decline in the level of CAPEX.

As highlighted in the red circle above, however, we believe that this is slowly starting to change. The lack of available labour (particularly among the younger generation along with an aging society) means that corporates can no longer rely on cheap labour that was readily available during Japan's period of deflation.

With rising pressure to increase wages and as more people retire and leave the workforce, we believe that corporate management is now sensing a need to shift to greater CAPEX to maintain productivity levels. This, we believe, is the true reason behind domestic CAPEX being back in the spotlight rather than factors such as a pick-up in short-term demand owing to the upcoming Olympics in 2020 or excess earnings from the weaker yen.

Focusing on smaller, more nimble mid-caps
In our view, there is has been a remarkable role-reversal in sectors that has taken place in the past decade which has had an impact on the behaviour of corporates. As a result, we believe Japan's comeback is structural and that Abenomics simply accelerated and made these changes more apparent.

At the same time, the biggest aspect we've noticed in the market is the widening disparity between successful and not-so-successful companies. Corporate strategy, management, and implementation abilities make significant differences within an industry. We do not believe that all companies will be able to successfully adapt to the changing market conditions in Japan. As the ‘beta-play' fades in Japan, we feel that exploiting these gaps in perception and focusing on specific opportunities is key to an efficient risk-return balance.

We believe that non-traditional sectors rather than traditional exporters will lead the Japanese economy to some extent. This scenario is based on our investment ideas centred on the growing disparity between winners and losers/macro and micro. Even though the macro may show further disappointment, there should still be some companies showing stable financial results. As a Tokyo-based investment manager, we feel ideally placed to pick winning stocks and help successfully navigate our clients through this ever-changing investment landscape.

● Tokio Marine Asset Management is a Japan/Asia equity specialist with over 30 years' market experience and approx. $53bn AUM (as at March 2016). The Focus strategy is a concentrated portfolio of 20-40 high conviction stocks using the best investment ideas of today.

Disclaimer
Important Information:
This document is intended for informational purposes only and no claims can be made based on the content provided therein. It does not constitute an offer or an investment recommendation to purchase or sell investment funds or to execute any other types of transactions. It makes no guarantee for the accuracy, reliability, currency and completeness of the information provided herein. The content of this document is subject to change without notice. This document is intended for institutional investors only and is only presented to a retail client on the explicit request of such a client. Further details about the Fund are available in the Prospectus and Key Investor Information Document of the Fund, which are available in English and can be obtained from www.tokiomarineam.co.uk. This Fund is not authorised for public distribution and is not registered under the U.S. Securities Act of 1933. The Fund is not offered for sale in the United States of America, its territories or possessions nor to any US person. The information in this document is not intended for persons subject to jurisdictions to which country-specific or individual sales restrictions apply (e.g. United Kingdom). The parties involved with the Fund accept no liability for any damages whatsoever arising from action taken on the basis of the contents of this document. Any simulated performance data and/or past performance data is not a reliable indicator of future performance. Income from investments may fluctuate and investors may not recoup the amount originally invested. This financial promotion has been approved by Tokio Marine Asset Management (London) Limited which is authorised and regulated by the Financial Conduct Authority. Tokio Marine Asset Management Co., Ltd. is the Investment Manager of the Fund and Tokio Marine Asset Management (London) Limited is the Distributor of the Fund. 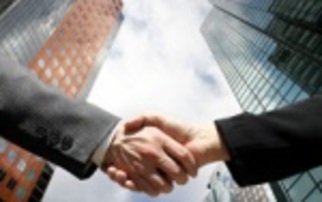 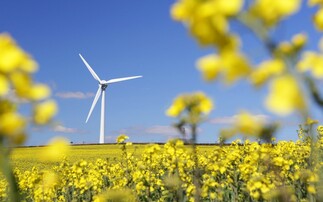 Industry Voice: The top three priorities for sustainable investing in 2022 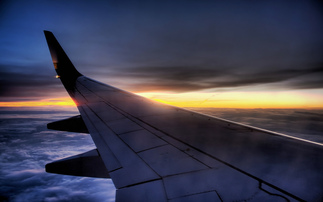 Holiday bookings and visa purchases are rising once more. But what are the long-term expectations for international travel?