Andrew Wolfson, CEO Pembroke
Companies that have grown stronger through the crisis are those where management did not panic, took stock of the situation and implemented a new strategy based upon trying several different scenarios. Not one single overarching change, but a number of small pivots.
From our portfolio of companies, we noticed businesses that have been able to innovate can flourish. A profitable, well-run business (whether large or small) is still viable. After all, consumers still need to eat, wear clothes, have an education and look after their health.
Granted, businesses in certain sectors have had to mothball, but the best ones have used it as an opportunity to plan their post-Covid strategy. Furthermore, some of our businesses in the hospitality or tourism sectors have pivoted with imagination.
Sourced Market had three food and retail shops in prime central London locations, which have been closed or quieter than usual over recent months. It has instead opened at a premium service station off the M1 near Leeds, in a location which promises to have a much higher footfall at this time.

Jasper Smith, founder of Vala Capital
At the start of lockdown the key was to take stress away from our investee companies. We were all hands to the pump trying to accelerate capital raising initiatives to help strengthen balance sheets.
Companies that are actively driving towards sustainable outcomes have thrived. Additionally, a lot of games companies have done spectacularly well because more people have been stuck at home playing on their game consoles – we invest in PlayWorks, which has seen its revenues rise considerably.
Marine business Arksen makes explorer and research vessels using recycled, recyclable materials all the way through production. Most people engage with that business because it is sustainable. Since lockdown it has seen around 400 serious enquiries; for the same period the previous year it would have been around 50.
Biscuit-making business Great British Biscotti Co struggled to fulfil orders at the height of lockdown because it could not get flour and its supply chain dried up. Since it started to use a more organic product the business has turned and it is currently attracting interest from third-party investors. 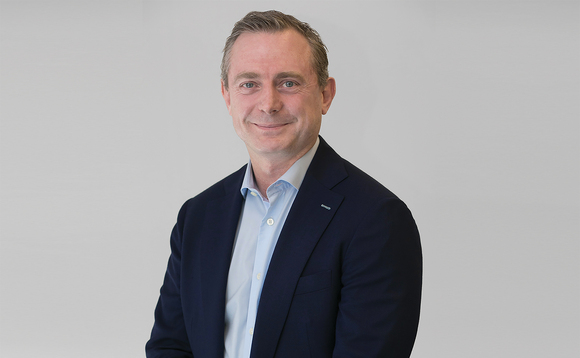 Bevan Duncan, portfolio manager of the Baronsmead VCTs and managing director of strategic equity at Gresham House
Glisser provides audience engagement software for the corporate training and events market.
Before Covid-19, Glisser's product was predominantly utilised in physical events and conferences. This market completely disappeared overnight, as lockdown and travel restrictions were rolled out globally in the first half of 2020.
We worked closely with management to quickly pivot the strategy and shift the focus of the business to providing its software into the virtual events and training market, which experienced rapid growth as corporates switched to digital formats.
Personalised pet product e-commerce business Yappy has delivered consistently strong growth both in the UK and US since we first invested in 2019, but with the shift to online and increased pet ownership seen during 2020, revenue has grown by more than 50% versus the previous year.
We have supported the management team to build out the company's marketing capability and made a follow-on investment in April 2020, to broaden the product offering and fund the next phase of growth.

Jo Oliver, fund manager for Titan VCT at Octopus Ventures
Technology adoption and e-commerce benefitted from a decade of growth in 2020. Some of that might reverse when we reach normality, but a lot will be a permanent shift.
That will boost not only the companies in our existing portfolio, but also the new investments we are making – we are going to see a proliferation of new businesses spawned out of this disruption.
Cazoo is trying to digitise a second-hand car market worth trillions. It launched in November 2019 and is already generating run-rate revenues of over £200m, which is extraordinary and should accelerate further.
Secret Escapes in the travel industry is by definition struggling, but has taken a huge amount of action in a very short period of time to ensure it is weathering the storm much better than its rivals.
Although its infinity pools are its lead products, even before Covid the majority of the business was based on domestic travel. It has cut its cost base and deepened its domestic supply, so I would be surprised if it does not come out of Covid a much stronger business.

Listed UK companies had a difficult year in 2020, as the coronavirus pandemic wrought huge damage on the country and other global economies, with many firms having zero revenues for months amid global lockdowns in H1.

Listed UK companies had a difficult year in 2020, as the coronavirus pandemic wrought huge damage on the UK and global economies, with many firms having zero revenues for months amid global lockdowns in...

Who will be the industry winners?