Industry Voice: By 2021 the climate for investments will already have changed... 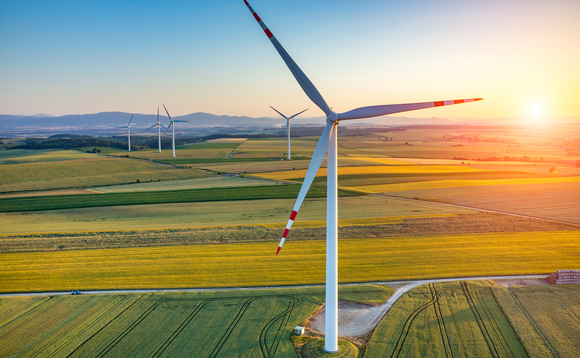 It has been a significant year for public climate pledges, with many companies, cities and countries making public commitments to become ‘net-zero' or ‘carbon-neutral' by 2050. At Kempen, we want to do more than just make pledges, so we're taking tangible steps to help keep global temperatures below 2°C above pre-industrial levels.

That's why Kempen has become one of the first European asset managers to formulate a path to becoming a ‘net-zero investor', with the launch of our newly updated Climate Change Policy. In it, we not only commit to becoming net-zero by 2050, but set out shorter-term commitments and concrete action points to implement by 2025 and 2030. This means we will continue to monitor climate risk and opportunities in line with the Paris Agreement on a more acute, reactive level.

But what can we expect to see from a climate perspective in 2021? The coronavirus pandemic has certainly exposed our economies' vulnerabilities to shocks, and in turn increased the focus on the need to accelerate the green transition. At Kempen, we expect to continue to invest in the growth of sustainable industries such as electric vehicles and renewable sources of energy, as well as engaging forcefully with any companies that are rapidly falling behind with their climate-related responsibilities.

The wildfires across California and Australia this year have made clear the ongoing physical risks posed by climate change. Such events, along with ongoing acute weather-related risks such as hurricanes - 2020 has seen one of the worst Atlantic hurricane seasons in the last 170 years - have immediate material implications for investors and wider society.

While we don't yet know the economic damage inflicted by the most recent California wildfires, it's likely to be even higher than the USD 350 billion that the wildfires California suffered in 2018 cost. Over the past decade the direct costs of climate disasters have amounted to around USD 1.3 trillion  (0.2% of world GDP on average) according to the IMF, and this figure looks highly likely to increase. This is going to have significant financial repercussions for those sectors most exposed to natural disasters, such as real estate and insurance.

In addition to companies' physical risks, some high-emitting companies will also face greater legislative pressure from policymakers this year, generating new regulatory risks for investors. One sector facing such regulations is automotive, as the EU brings in decreasing carbon emission thresholds for vehicles starting in 2021. The European Commission furthermore proposed more ambitious carbon emission reduction targets for 2030 that will probably decrease the threshold on carbon emissions per vehicle even further, which will have inevitable material implications for the industry.

2021 should also offer a host of opportunities to capitalise on a climate recovery. As economies look to rebuild after the pandemic, conversations about green recovery plans are intensifying, as is the growth of emerging ‘green' industries. One of our short-term objectives in our new Climate Change Policy is to invest more in green bonds and to consider transition- and SDG-linked bonds. We are also investing more in areas such as electric vehicles, batteries and renewable energy sources.

Many national leaders have already announced their plans for a green recovery. Back in June, Angela Merkel announced that Germany would be putting climate-related spending at the heart of its economic recovery plan. This would include a stimulus package involving at least EUR 40 billion of spending on climate-related initiatives such as green transport and hydrogen programmes. On the European level, the European Commission and member states agreed a recovery package of €750bn, containing green measures and called Next Generation EU, in the summer of 2020.

We are also investing in industries such as electric vehicles, batteries, and renewable energy sources. Back in 2018, The Kempen Private Markets Fund invested in a Swedish Windfarm in partnership with Renewable Energy and Real Assets Manager KGAL, which became fully operational at the end of this year. This has the capacity to generate enough green energy to power over 130,000 households over the next 25 years.

A path to the future

We will be carefully weighing up climate-related risks and opportunities in our investments and engagements over the coming year. We will continue to transition away from companies that do not align with the move to a low-carbon world, for example by not investing in firms that obtain the majority of their revenues from coal mining by 2022.

The delayed COP26, which is now due to take place at the end of 2021, will also be a pivotal moment for climate action. This will be a critical climate summit, with world leaders coming together to try and cultivate a global approach to power the drive to a net-zero world.

The summit will hopefully result in a continued drive towards a more coherent, coordinated approach that synchronises national and private plans. It should also lead to increased standardisation, which we have already begun to see emerging this year, such as through Kempen's involvement in IPCC's Net Zero Investor Framework.

We also expect to see clearer benchmarking for investors in 2021, with the release of a new ‘Climate Action 100+ Net-Zero Company Benchmark', which is a tool for investors to engage with companies to transition towards a net-zero emissions economy. This will provide investors with a range of indicators to inform investments and corporate engagement strategies.

While we expect to see many challenges in 2021, it could also be the most productive year for climate action yet, with improved benchmarking and increased efforts by world leaders to lay out a clearer vision of what's required for the transition to a low-carbon economy.

Industry Voice: US elections - As the dust settles

Our Asian Equities ex Japan strategy aims to invest in companies with sustainably high or improving cash generation and returns, which we think are undervalued and have a strong potential for growth