Industry Voice: How the US election will affect the rest of the world

A Joe Biden presidency could boost the US's relationship with China but is unlikely to resolve long-term issues, investment experts believe.

Ahead of the US election on 3 November, Investment Week and SPDR ETFs from State Street Global Advisors (SSGA) co-hosted an industry roundtable featuring multi-asset and strategy experts discussing what the result might mean for international relations and financial markets.

Paul O'Connor, head of multi-asset at Janus Henderson Investors, said the risk-reward trade-off for emerging markets equities was "quite attractive", and his team had tilted equity portfolios in that direction in recent weeks. China had better "macro momentum" than the US or Europe, he said, while much of Asia had coped far better than other regions with the Covid-19 pandemic.

However, those hoping for a better relationship with China under a Biden presidency could be disappointed, delegates said. President Trump has stoked tensions with the world's second biggest economy through tariffs on imports from China, and while Biden's policies might be more positive for international trade, anti-China sentiment appears to have become a bipartisan issue in the US.

"With Trump, there is a price to pay," he said. "With Biden you might face a global coalition of countries… confronting China on human rights, which I think is a much stronger challenge for China than the trade situation. And they might see [tariffs] as a fine, as the cost of doing business."

Steven Bell, chief economist at BMO Global Asset Management, agreed that a Biden administration was likely to focus on human rights issues. However, this could boost emerging markets, he added: "At the moment, you never know which way Trump is going to tweet on some of these things - that can be genuinely damaging to activity."

O'Connor highlighted Asia's sizeable technology sector as an area that could be boosted by the election outcome. If a Biden presidency sought to increase the tax and regulatory burden on US technology companies, O'Connor said investors could look to rotate into Asia.

Regardless of who wins in November, he added that investors could be looking to diversify away from US tech giants that have performed particularly strongly in the past couple of years.

Several delegates highlighted the path of the dollar as a key influence on market direction. Lane Prenevost, UK head of multi-asset at HSBC Global Asset Management, said weakness in the currency would benefit assets outside the US, particularly emerging markets.

Supriya Menon, senior multi-asset strategist at Pictet Asset Management, added that if either party failed to win both the presidency and the Senate, the dollar would likely fall due to fears over political gridlock in the US. A "clean sweep", however, would be "largely positive for the dollar", she argued, given the spending boost from fiscal stimulus.

"That usually draws capital inwards and could send the dollar higher, especially against the euro," Menon said.

SSGA's Hentov contended that a Biden administration would "continue the beginnings of a weaker dollar cycle".

"The main transmission from US domestic policy to global markets is really via the exchange rate," he said. Potential global trends such as rotating out of US tech towards Asia would have an "amplifying effect".

"Some of these things become self-fulfilling dynamics and I think that's largely what is driving the consensus," he said.

Industry Voice: How the Presidential Election will impact US domestic and sector positioning 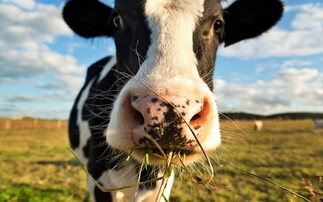 Methane can be a more threatening pollutant than carbon dioxide when it comes to the greenhouse gases behind global warming. Our portfolio managers and analysts discuss a number of pioneering new methods to avoid or reduce emissions from livestock, and...

Industry Voice: Why we need a global ESG standard

As investors focus more on sustainable investing, some companies are tempted to oversell their ESG credentials. To get a truer picture, Fidelity’s investment experts discuss why corporates and investors must adopt a consistent global standard of ESG definitions...