Euro 2020: Which teams and funds could come out on top?

The best funds to look out for

After 12 months, the delayed Euro 2020 championships kick off on Friday. Among those fans excited about the tournament is Chelsea Financial Services' Darius McDermott, who picks his dream team of funds.
Photo: Kirsty O'Connor/PA Images/Alamy Stock Photo 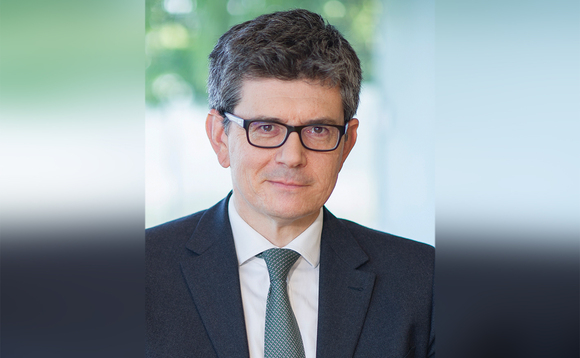 IN ATTACK
To add some excitement up front, we would suggest Baring Europe Select Trust (co-managed by Nicholas Williams, pictured), which invests in small and medium-sized companies and is run on what is known as a GARP (growth at a reasonable price) basis.
Another alternative would be Jupiter European Smaller Companies or T. Rowe Price European Smaller Companies Equity. The former was launched in February 2020 and long-term secular growth trends it is aiming to take advantage of include: ageing populations; emerging wealth; automation and supply chain efficiency; environment; consumer behaviour and data/digitalisation.
The latter is pan-European, also investing in the UK, and its manager is highly experienced, with a proven track record managing small and mid-cap portfolios in Europe.

THE MIDFIELD
A high conviction core fund to start with is Janus Henderson European Selected Opportunities (managed by John Bennett, pictured). Investing in a portfolio of 40-50 mega and large-cap stocks, it has neither a growth nor a value bias.
Alternatively, Threadneedle European Select's manager focuses on industry structure and a company's competitive position. Firms that can defend their margins and industries with barriers to entry are preferred.
A third option would be BMO European Real Estate Securities, which could add a little something extra to the line-up. It provides access to a portfolio of real estate securities listed in the UK and Europe and the managers use the full range of tools available to them, namely by shorting unfavoured stocks, to express a wider range of views and better manage risk.

IN DEFENCE
In goal you could have M&G Optimal Income, with its exposure to European investment grade and peripheral European and German government bonds, or TwentyFour Dynamic Bond (co-managed by Gary Kirk, pictured), which has almost 40% invested in Europe currently.
Other defensive options could come from funds that provide an income as well as capital growth such as BlackRock Continental European Income – which looks to identify undervalued European companies that offer reliable, sustainable dividends; potential dividend growth; and protection against inflation, with a lower level of risk – or LF Montanaro European Income, which looks to provide a stable and growing income stream from a broad range of small and medium-sized European companies.

After 12 months, the delayed Euro 2020 championships kick off on Friday. Among those fans excited about the tournament is Chelsea Financial Services' Darius McDermott, who picks his dream team of funds.

After a 12-month delay due to the global pandemic, Euro 2021 will finally get under way when Italy and Turkey kick things off in Rome. This football fan could not be happier.

Believe it or not, England is currently the favourite to lift the trophy, as it is seen by many as our home competition - eight games, including the semi finals and final, are being played at Wembley.

Can Gareth Southgate go one or two better than he did at the World Cup three years ago? Or will the French, led by Didier Deschamps (who spent a season with my beloved Chelsea and won the FA Cup in 2000), come out on top?

There is much to play for, especially as Belgium, Spain and Portugal also boast strong squads - and we have learned never to underestimate the Germans.

While we may share a love for the beautiful game with our European neighbours, we still don't seem to like their shares, however.

Unloved by investors for years, European equities have seen net outflows each month so far in 2021, despite posting strong returns on a par with those from both the UK and the US.

Are investors therefore missing out on opportunities as Europe finally emerges from the pandemic? Should we be allocating more to the region instead of less?

"We are still relatively early in the opening up of economies, particularly in Europe, which is lagging behind the UK and the US," commented Niall Gallagher, manager of GAM Star Continental European Equity.

"We would expect this opening up and the economic acceleration to continue into Q2 and therefore a continuation of many of the cyclical trends that we have seen in Q1 and in Q4 of last year.

"Overall, our view is a reasonably decent market progression geared or biased towards those stocks that are most exposed to the reopening."

"When government bond yields rise as a result of a better macroeconomic outlook, credit spreads tend to fall," he said.

"This is what we have experienced so far, however more so in the US as opposed to Europe, where the prospect for growth is still lower compared to the UK and the US.

"As a result, European names have lagged recently, so we believe they may have more capacity to gain in price over the coming periods.

"Since May 2020, we have effectively doubled fund exposure in the latter because of what we view as attractive valuations.

"Within equities, overall exposure remains close to 4.5%. We continue to look for potential opportunities in this asset class and in fact have been building a position in the shares of Orange, the French telecom company, which we believe is trading cheap both in absolute and relative terms.

"In general, our equity exposure is mainly invested in European and UK companies, with a tilt towards the more cyclical sectors."

In the spirit of the tournament, and for those looking to increase exposure to Europe, check out our gallery above for our suggestions for different ways to access the region - depending on whether you prefer a defensive or attacking stance to your portfolio.

Semiconductor shortage: When the chips are down, Japanese companies show the way back up

Fund soft-closed in 2013 as assets swelled to £3bn