Large wealth managers’ hesitancy to invest in less liquid investment companies means companies that have a market cap of less than £250m are more likely to be trading on a discount, according to figures from the Association of Investment Companies (AIC) for Investment Week.

Laith Khalaf, financial analyst at AJ Bell, explained: "There will be a premium put on some investment trusts because of their size and therefore their liquidity.

"Large discretionary managers will potentially need to add any selected trusts across a range of client portfolios, which means potentially large flows of money which would ramp up the share price of smaller trusts, or in some extreme cases might not even be able to be filled."

Larger welath managers' rules on liquidity vary from company to company, based on Investment Week's findings.

Michael Paul, head of fund research at Brewin Dolphin, said they have a rule of thumb that "at around £250m [a trust] becomes more investable".

Similarly, Quilter's Nick Wood said they have a soft threshold of around £200m, but added "there are always exceptions to the rule in both directions".

Rathbones' head of collectives research, Alex Moore, said that sub-£100m ideas "do not tend to work well" for them and £250m "would be considered an appropriate size".

She added: "This can be subjective upon discussion and decision made by our risk committee." However, any investment trust below that level means they need to ensure their clients are aware of the potential higher volatility and liquidity issues.

Another consideration for wealth managers is how much of a trust they are willing to hold.

Brooks Macdonald said they typically cap exposure at 5% of a trust, but stressed that was a "guideline" rather than a hard rule.

Moore said if they hold 10% of a trust they will "re-appraise the offering if we can justify holding more" and they "rarely go over 15%".

He added while there is no hard upper limit, if any single investor or company ends up owning more than 30% then "they have to make a tender offer for the shares". Wood said they have a soft 20% threshold, while Paul said Brewin runs a "traffic light system for holding concentration".

The wealth managers stressed that concentration is just one factor when it comes to the liquidity of the trust. Other factors include the make-up of the shareholder register and their conviction in the long-term investment thesis.

All the respondents stressed that there were exceptions to the rules and most would consider each investment company on a case-by-case basis.

Nick Britton, head of intermediary communications at the AIC, said: "As wealth managers have got larger, so have their thresholds for the minimum size of investment company they are prepared to invest in."

Wealth managers' allocations themselves are not the only reason for the premiums, according to Alex Denny, head of investment trusts at Fidelity.

"It is generally retail investor buyers and platform support (particularly in the form of Monthly Savings Plans) that really drives the premium rating, but this tends to follow wealth manager interest, who are widely regarded as the trend setters, and are frequently quoted in the media," he said.

As a result of these thresholds investment companies have become larger, too. According to the AIC, five years ago, 39% of the industry had a market capitalisation of more than £250m, now it is 54%.

Mergers are popular as a way to hit a larger market cap. There have been seven mergers over the past five years, including two so far in 2021.

"Even with a soft threshold, there are plenty of options available, particularly while many trusts continue to grow through issuance," said Wood.

Wood gave the example of Baillie Gifford US Growth, which launched in 2018 with a market cap below £200m, but which has since grown significantly to over £1bn in just three years.

Many of the wealth managers stressed they would consider IPOs where the final market cap is uncertain.

Paul said they "participated in a number of IPOs over recent years where clearly the size is unknown at the time of our recommendation", including Baillie Gifford US Growth.

JM Finn also said they would invest in IPOs, including the Schiehallion fund which raised $700,000.

It is important to note that not all sectors and asset types are equal. For instance, on average infrastructure trusts, no matter what their size, are trading on a premium.

"There are some sectors where a premium is commanded because they are in demand and it is not easy to get exposure through other routes, such as infrastructure," said AJ Bell's Khalaf.

"Writing off all investment companies below a certain threshold reduces your investable universe and carries the risk of missing opportunities that may be captured by smaller, nimbler investors," he concluded. 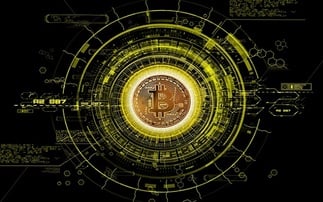 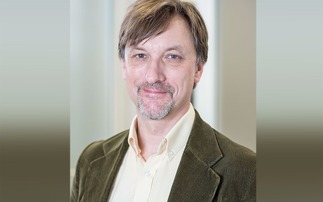 Wealth management is a long-term portfolio theme for FGT