Marlborough's Lall on lessons learned over past decade

Diversification strategy has paid off

One of the key lessons during ten years of running the fund has been to stick to our investment process.

When the Investment Association's yield test for the UK Equity Income sector was dropped during the pandemic, we could have easily bought a whole raft of growth stocks. Instead, we stuck to the remit of finding and delivering dividends even when it became significantly harder.

Another key lesson has been to remain diversified. It enables you to take advantage of a broad spread of opportunities and reduces stock-specific risk, which is especially important for dividend security. We do not want five companies making up 60% of the portfolio's dividends.

In addition, we continue to see very clearly the value of following quality management teams.

A good example is housebuilder Vistry, where we knew the CEO from Galliford Try. He went to Bovis Homes, where he bought Linden Homes from Galliford Try to create Vistry. We believe Vistry has very attractive prospects; average UK house prices surged 13.4% year on year in May.

Last but not least, we remember the power of compounding. Reinvesting what appears to be a relatively modest 3%-4% dividend yield on the fund each year does mathematically mean you have a much larger total return over the longer term.

While we are a multi-cap fund, we favour small- and mid-cap stocks, which at some stages, particularly around the time of Brexit, experienced increased volatility.

This was though more due to perception than any sustained deterioration in trading. Once these companies announced positive updates, we saw their shares recover and go on to new highs.

The important thing is to weight these positions appropriately so you can get out if need be.

A new form of diversification: Investors need to look beyond the traditional 60:40 model

Polar Capital was one of our earliest purchases. It has become the largest holding in the fund, even though we have been gradually reweighting it over a decade to avoid it getting too big.

The company's latest results posted dividend growth of 24% on the final payment, which is impressive given it is also forecast to yield a relatively high 4.85%.

Polar Capital has grown its dividend very steadily each year without compromising growth options and this has kept the yield level evergreen.

Few large caps can tell the same story of dividend growth on top of capital appreciation.

With ESG, we take it as a given that good stewards will do what is required for the 'E' and 'S'. So to a certain extent we have to first choose good management teams and board composition. The 'G' of the ESG is therefore the focus.

There is a greater-than-ever requirement to vote with our feet when an issue is raised. We have a louder voice than a decade ago, but it can still be hard work. That does not, of course, stop us trying to engage constructively.

Other things have remained consistent - for example, we have never invested in tobacco stocks.

The pandemic had a very well-publicised impact on dividends. However, of the 120 companies we hold, most have either already restarted their dividends or announced they will be doing so. The dividend landscape is very positive again.

Looking ahead, we are likely to see more companies paying dividends than not and many will grow those dividends even if it is off a lower base.

From this perspective, dividend growth over the next year should be closer to double digits on average but, as always, this will vary with sectors.

While we remain vigilant, I am less worried than some commentators about inflation, which is likely to be transitory rather than sustained.

Even if we do get an interest rate rise, the low household debt/GDP ratio suggests we can absorb it without much trouble.

Given we are now past Brexit, have an effective vaccination programme and a currency that is firmer again, the UK stockmarket does look cheap compared with most others on a ten-year cyclically adjusted P/E ratio.

There tends to be a relative discount in the UK but it is just too wide at present and the current M&A and IPO fever reconfirms this.

In summary, after a long period as an unloved asset class, equity income is looking increasingly appealing for investors.

AIM listings soaring, but what does it take to thrive there?

Partner Insight: Responsible investing - Can we keep it real?

BMO’s Jamie Jenkins, Co-Head of Global Equities, on why today’s ‘land grab’ in responsible investment is highlighting the need for authenticity and teamwork

More emphasis on ROE and sustainability 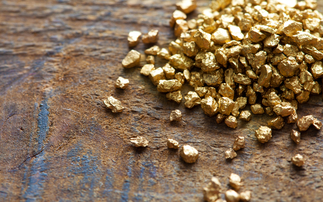 UK banks and miners boost dividends beyond expectations in Q2